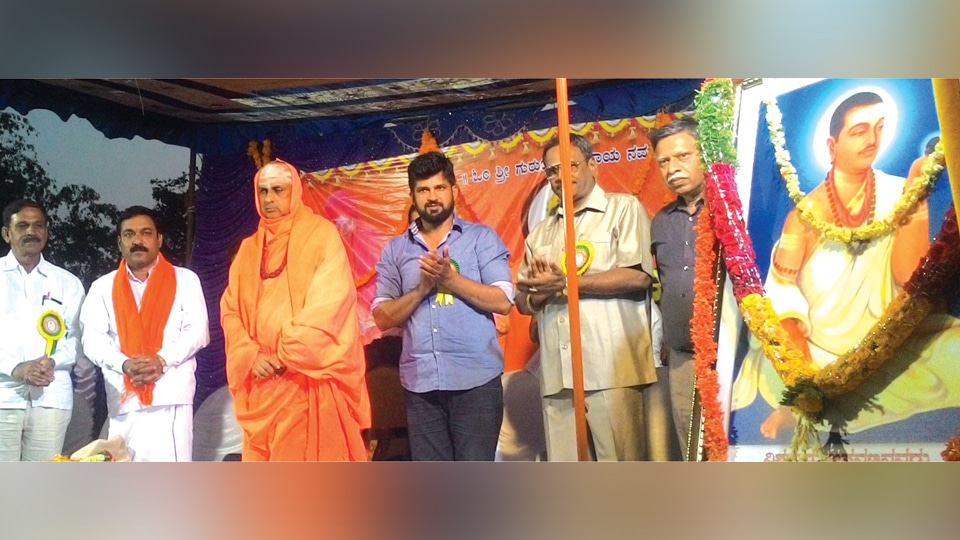 The newly-formed Veerashaiva Basava Balaga of R.S. Naidu Nagar was inaugurated by MP Pratap Simha at a programme held at the ground near Nagalingeshwara Temple in R.S. Naidu Nagar here on Sunday by unveiling a portrait of Basavanna.

Speaking on the occasion, Pratap Simha recalled that the first systematic trial implementation of democracy was launched in 12th Century under the leadership of Basavanna.

He added that an ‘Anubhava Mantap’ was established then to hold discussions for social equality and launching Movements along with composing Vachanas.