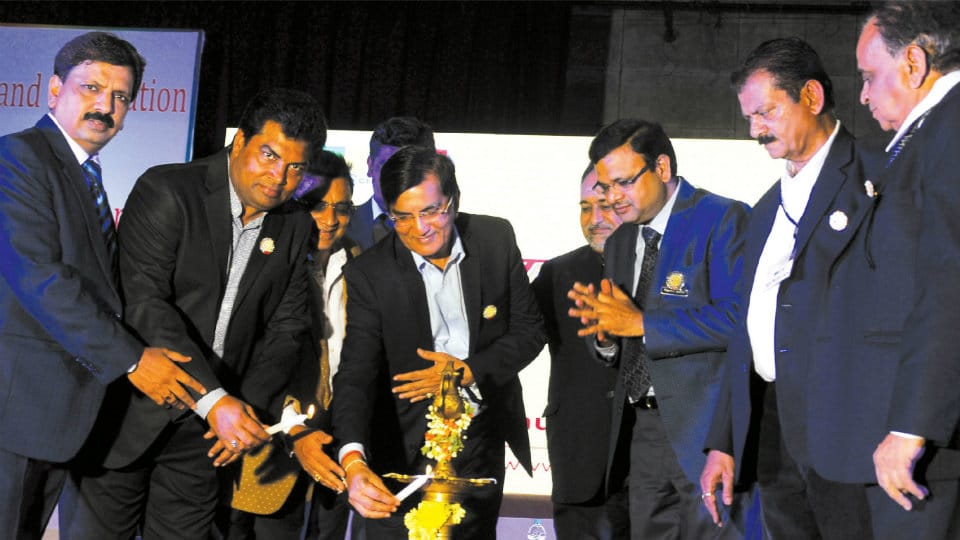 Jain International Trade Organisation (JITO), Mysore Chapter, had organised a function at MMC&RI Platinum Jubilee Hall in J.K. Grounds here on Sunday for the installation and oath taking ceremony of the new team of JITO, Mysore Chapter, for the year 2017-19.

Speaking on the occasion, Rajendra Gandhi, Chairman, Karnataka, Kerala and Goa (KKG) Zone, said that  JITO was striving for the Jain community and its economic development.

He pointed out that though the size of Jain community in Nepal was very small, many of them were members of JITO which should be emulated everywhere.

He added that if an investor in JITO dies, the invested money would be handed over to the family of the deceased.

Addressing the gathering, Gauttam Kumar Jain, Director, JITO Apex, Mysore in-charge, said that JITO was very trust-worthy for investment and added that the facilities provided to society was a testimony to that and it was a matter of pride that JITO members were among the elite class in India.

Delivering a talk titled ‘Charan Sparsh,’ Rahul Kapoor, an inspirational speaker and author, who is also the official host for Royal Challengers Bangalore for IPL, said that touching the feet of parents would invoke divine grace and added that the blessings of parents would enthuse spirit in life and agility would follow automatically.

He, however, regretted that a few people keep their parents at a distance which could boomerang to them in life.

With examples and anecdotes, Rahul Kapoor unwound the selfless love, affection and sacrifice of parents so effectively, it moistened the eyes of many  in the audience.