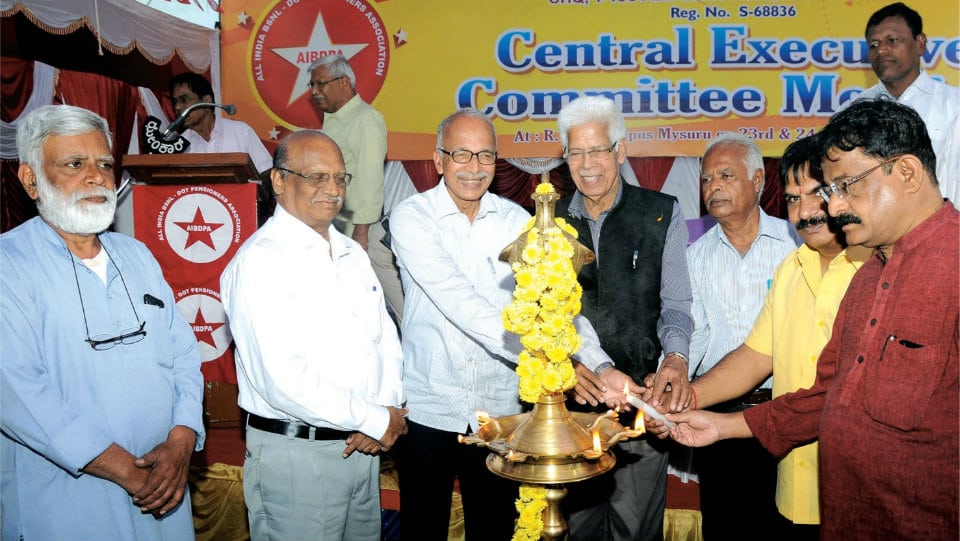 All India BSNL-DOT-Pensioners Association Secretary K.K.N. Kutty has alleged that the Union Government was making moves to privatise the public sector telecom giant BSNL with an intention of promoting private players in the telecom sector.

Speaking after inaugurating the two-day Central Executive Committee meeting of the Association at RTTC (Regional Telecom Training Centre) in T.K. Layout here on Thursday, Kutty said that the employees played a vital role in turning the fortunes of BSNL, which was running under loss for 7 years. In spite of the BSNL recording a profit of Rs. 3,855 crore recently, the Union Government is encouraging private players. As such, the employees should oppose the Government’s plans, he said.

Denouncing the Centre’s move to introduce the new PF Regulation Act, he said that the pensioners should fight against indiscrimination in the implementation of pension schemes.