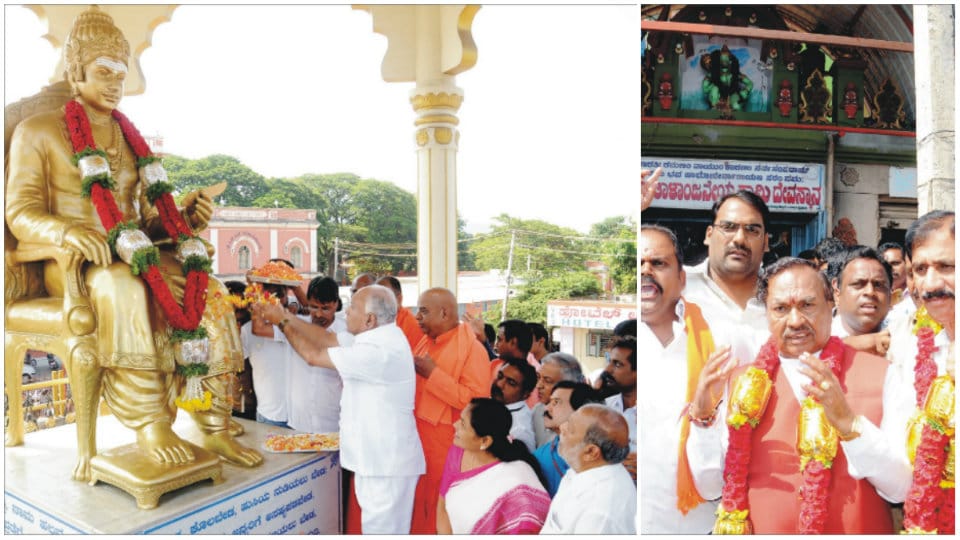 Before the two-day State BJP Executive meeting began at Rajendra Kalamandira this morning, BJP State President B.S. Yeddyurappa garlanded the statue of Basavanna near the Gun House Circle at 9 am along with his supporters former Ministers Shobha Karandlaje and S.A. Ramdas. At around 9.30 am, Leader of the Opposition in the Legislative Council and former Deputy Chief Minister K.S. Eshwarappa arrived at the Pathala Anjaneya Swamy Temple along with former Minister Sogadu Shivanna and other supporters. The supporters shouted slogans in favour of Eshwarappa.