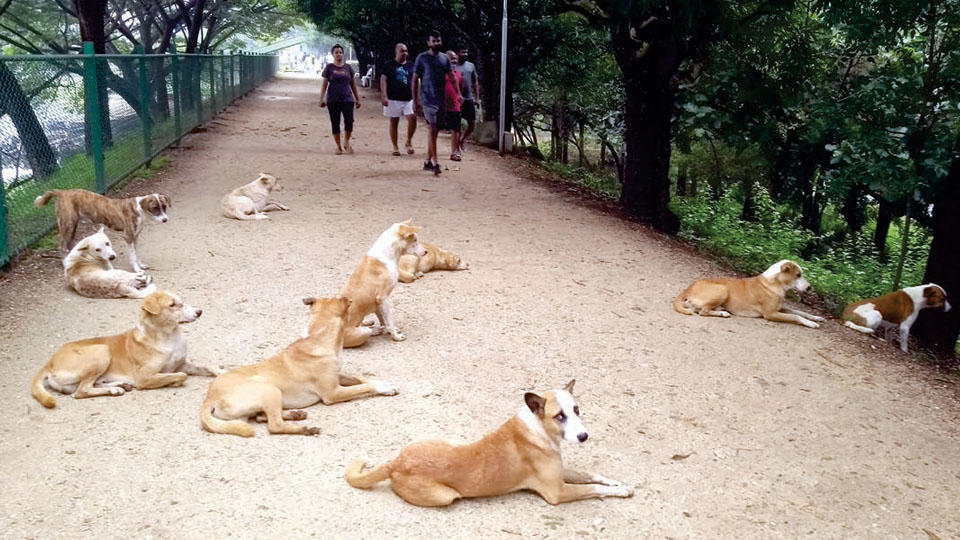 Give a dog a bad name and hang him is an 18th century English proverb. A similar proverb is he that has an ill name is half-hanged. Further, if a person’s reputation has been besmirched, then he will suffer difficulty and hardship. While the vote-mongers in the State serve a real-time illustration of the second proverb stated above, the Mysuru-based canines came dangerously close to be an example of equally appropriate illustration some three years ago, with Mysureans raising their voice against street-bound dogs, calling the city’s civic body to get rid of the menace, if not the creatures accused of the menace.

The shelter-less, four-legged species of the heritage city, estimated then to be about 8,000-strong escaped the noose, thanks to the support they got unexpectedly from protagonists of the live ’n’ let live principle. The Veterinarians extended their helping hand by resorting to mass scale sterilisation of the dogs, leaving them free after clipping a bit of the ear as proof of action. Given the quiet on the part of the complaining residents of the city, all seems to be well again as a sign of healthy camaraderie between the dogs and their nemesis.

Two features, namely faithfulness and unquestionable attachment to their care-givers in dogs that one comes across in numerous narratives quoting instances that the pets have displayed seem to mock at human beings not granted those virtues. The land’s epics too have bestowed recognition to the man’s best friend by associating the species with divinity. Their short life span, namely 13 to 15 years, comes in the way of association between the two friends over extended periods.

Man-animal conflict, unarguably, is the creation of Man. If the speechless species could command ability to face the adversity amounting to threat of their survival itself, they would certainly be on the victory stand. However, despite the choking ambience they have been handed down in urban spaces in which the multi-storeyed residential apartments mushrooming on an unprecedented scale don’t provide living room even to the pets, thanks to the dog-loving fraternity, the species, marked by more than 150 different breeds, there is hope for their security in days ahead. In this context, the initiative by a Bengaluru-based Canine Psychologist for enabling people to understand dog behaviour is laudable.

When man bites dog, the event makes news raising the question of behaviour of human beings towards animals. On the other hand, when dog bites man, the accusing finger points towards the four-legged species, forgetting the aggressive stand taken by man towards the animal for whatever reason. Camaraderie between the two is the best bet for dogs to live without being threatened for their survival and human beings not to look down upon man’s best friend.