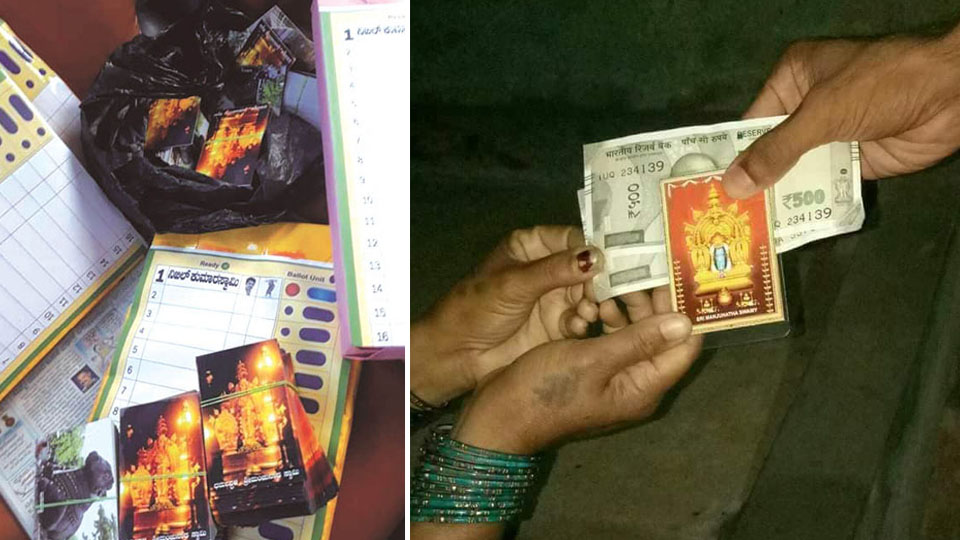 Mandya: Rumours about distribution of cash by JD(S) workers to woo the voters, by making them swear (aane pramana) in the name of Sri Dharmasthala Manjunatheshwara after distributing money to them and circulation of fake photos of flight tickets booked by independent candidate Sumalatha to Singapore in social media dominated the high-voltage Mandya Constituency on poll eve this morning.

Following complaints of distribution of money from the public, Poll Officials inspected various places across the district.

However, the supporters of both the candidates conducted door-to-door campaign seeking votes in favour of them at various Assembly segments as a last minute effort to woo the voters.

Meanwhile, the Election Commission has warned against transporting of voters to and from polling booths by party leaders or their agents. The instructions came into effect from 6 pm on April 16, commonly known as the silent period.