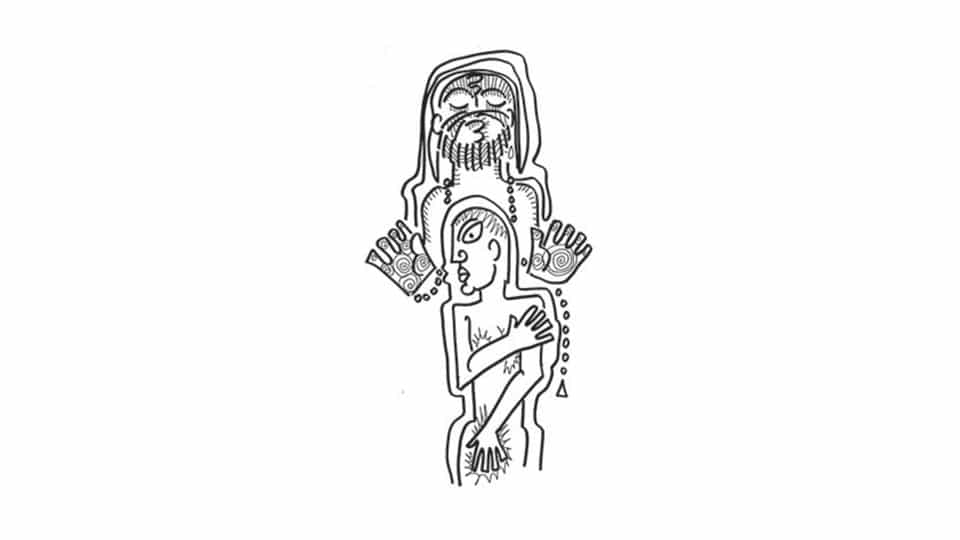 In a Guru’s Ashram, I saw a young, beautiful girl who had completely stripped herself of her gender and sexuality: shaven hair, ash on her face, baggy clothes, bare feet, and complete subservience to her Guru, who she referred to as ‘master’. The men were similarly shaven, and dressed. This was supposed to purify them, and help them commune with God via the Guru.

I remembered a Japanese story of a Buddhist nun, who was determined to attain nirvana (oblivion, in Sanskrit), the highest state of wisdom in Buddhism. She, therefore, burnt her face so that men would not bother her and she would be free to live a life of contemplation, meditation and purity without distraction. I also remembered the tale of the Nayanar matriarch, Karaikal Ammaiyar, who turned herself into a gaunt hag so that she could be one with the troop of ganas who follow Shiva, unchained to the delusions that come with a beautiful woman’s body.

These stories glamorise the mutilation of the human body. In the Bible, Matthew 19:12, we learn, ‘For there are some eunuchs, which were so born from their mother’s womb: and there are some eunuchs, which were made eunuchs of men: and there be eunuchs, which have made themselves eunuchs for the kingdom of heaven’s sake. He that is able to receive it, let him receive it.’ Eunuchs here refer to castrated men, men without testicles, the gonads that produce the male hormone. Here, castration is seen as a technique to get closer to God. It is said that Origen, a Greek philosopher and ascetic of the Early Christian Church, castrated himself to get closer to God, though he was never made a saint as some of his ideas contradicted with some of the leading Church Fathers such as Paul and John.

The idea of castrating oneself ritually for the sake of a divine being, or for divine communion, was known in ancient Mesopotamia. Roman writers speak of Galli, priests of Cybele, who castrated themselves publicly and offered the Mother Goddess their testicles as offering. A section of Indian transgenders, as part of accepting their feminine essence, castrate themselves in the name of the rooster-riding Bahucharji-mata, an act known as ‘nirvana’, and call themselves Mangal-mukhis, as they are considered free of sexual desire, hence auspicious and pure, capable of attracting good fortune in the lives of those whom they bless.

So it comes as no surprise to learn of rumours that many male inmates of Dera Sacha Sauda were castrated on the orders of their Guru, to ensure their purity. The irony is that the Guru himself has been convicted of raping the female inmates, who were known as sadhvis, which means the simple ones, expected to be free of desire and ego, which is translated often in Guru-doms as submitting to the Guru’s will, even his sexual desire.

This body mutilation as part of faith stems from the idea that the body, the vehicle of desire, is a fetter (as per Hindu, Buddhist and Jain ascetic traditions) or a sin (as per Christian ascetic traditions). While men’s hormone-producing testicles can be easily removed, it is tough to remove a woman’s hormone-producing ovaries. So, while Gurus can strip men of their maleness, it is tougher to strip women of their femaleness. The best they can do is de-sex them: shave their heads, cover their bodies, but they still remain temptations to the un-castrated male, the Guru especially. Which is why perhaps, in Buddhist manual for monks, more rules were made for the nuns than the monks, who were forbidden to castrate themselves, unlike many Hindu mendicants who simply crushed their genitals.