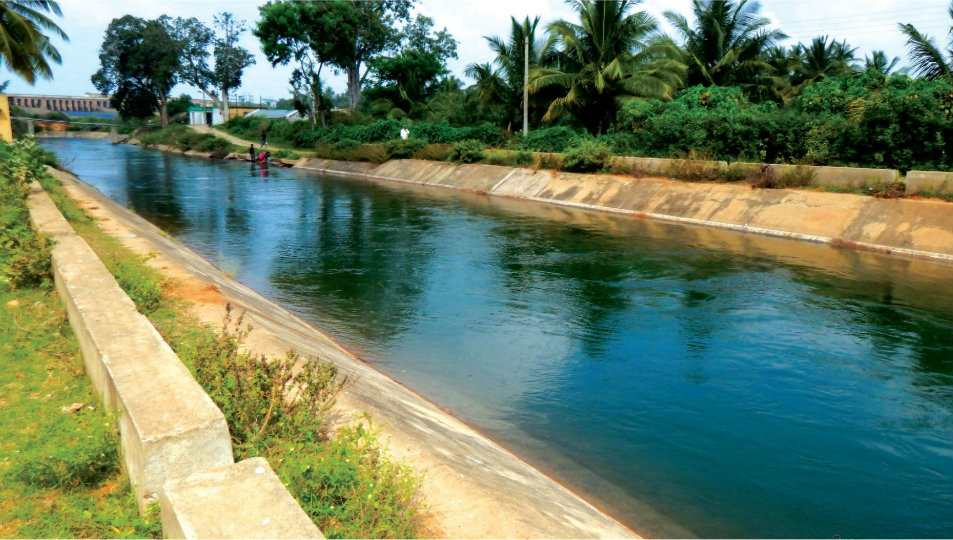 Bengaluru: Even as there are widespread protests by the farming community demanding the State Government to release Cauvery water to their canals for them to take up agricultural activities, the Government has indicated that it will not be releasing water to the fields in the basin areas.

Water Resources Minister M.B. Patil said yesterday that the State was not in a position to release water to the crops as it has to save water for drinking purposes.

“There is poor inflow into the Cauvery river basin reservoirs and the storage level in four major reservoirs in the Cauvery basin — Harangi, Kabini, Krishna Raja Sagar (KRS) and Hemavathi — is also low when compared to last year. The present (live) storage in four reservoirs is 43 tmcft. In this situation, we need to save drinking water to cater to the needs of Mysuru, Bengaluru and Mandya,” Patil said.

Noting that drinking water requirements (3 tmcft per month) would get affected if water was released to standing crops, Patil said these crops needed 96.16 tmcft of water. He said he would call on Chief Minister Siddharamaiah in a day or two and request him to call a meeting of people’s representatives to decide on the release of water to tanks.

The State has released 7 tmcft of water to Tamil Nadu since June. As per the Cauvery Water Disputes Tribunal, Karnataka has to release 10 tmcft in June and 34 tmcft in July. “As of now, 2017-18 appears to be a distress year and the stipulated release during June and July is not possible,”  the Minister said.

It may be mentioned here that farmers have decided to block all State and National Highways on Aug. 9 protesting against the apathy of the State Government. The Federation of Farmers has taken the decision at a meeting in Mysuru and will block the Highways from 6 am to 6 pm. Chief among their demands is immediate release of water to canals.