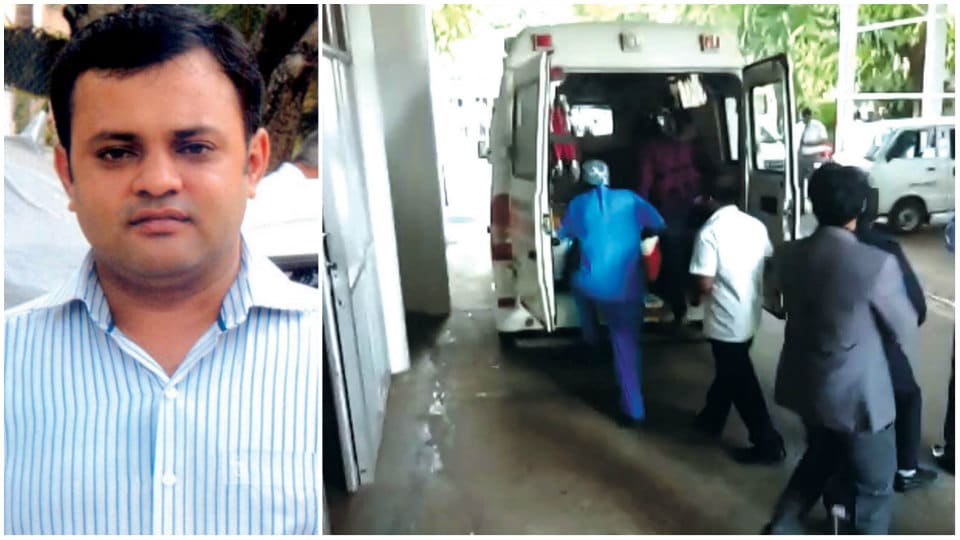 Mysuru: It was an hour of grief for Hunsur advocate N.P.R. Pawar when he lost his eldest son yesterday. However, in spite of this irreparable loss, the family of Pawar showed their presence of mind and donated the organs of the young man to Apollo Hospital.

Dr. Appaiah said that they had harvested the liver as they had found a recipient in Bengaluru. A green corridor was created and the liver was transported in an ambulance to Columbia Asia Hospital in Bengaluru at 4.05 pm. The recipient had been identified and waiting there with doctors in attendance, he said.

The Mysuru City Police and the jurisdictional Police in Bengaluru coordinated to transport the organ to the Columbia Asia Hospital in Yeshwantpur. The journey time was 2 hours 20 minutes. In spite of it being the evening rush hour, the creation of green corridor helped to reach the organ on time,  said Dr. Appaiah.

“However, even though, the family was ready to donate other organs like heart, kidney and eyes, there were no recipients for these organs. Though there was a recipient for liver in our hospital itself who had registered, the blood group did not match. Shiva Pawar’s blood group was O+,” said Dr. Appaiah.

“It is very important for people to first register for the programme of transplantation. Only then will the recipients be eligible for receiving the organs. Most importantly the blood group should also match,” he said.

A resident of Chamarajapuram, Shiva Pawar, who worked as an executive in a private company, leaves behind his parents N.P.R. Pawar and Shantha Pawar, wife Shobha, daughter Manvi, brother Udaya Pawar, who all came together to take a decision to donate the organs.

The Trustees of Maharshi Public School, Kedarnath Bahusar and Ramu Bahusar, relatives of Shiva Pawar, co-ordinated with the family and the hospital authorities for organ donation.

It is because of the noble gesture of Pawar family that another person is getting a new lease of life, said Dr. Appaiah and added that more such people should come forward to save lives.

The last rites of Shiva Pawar was performed today at the foot of Chamundi Hill.