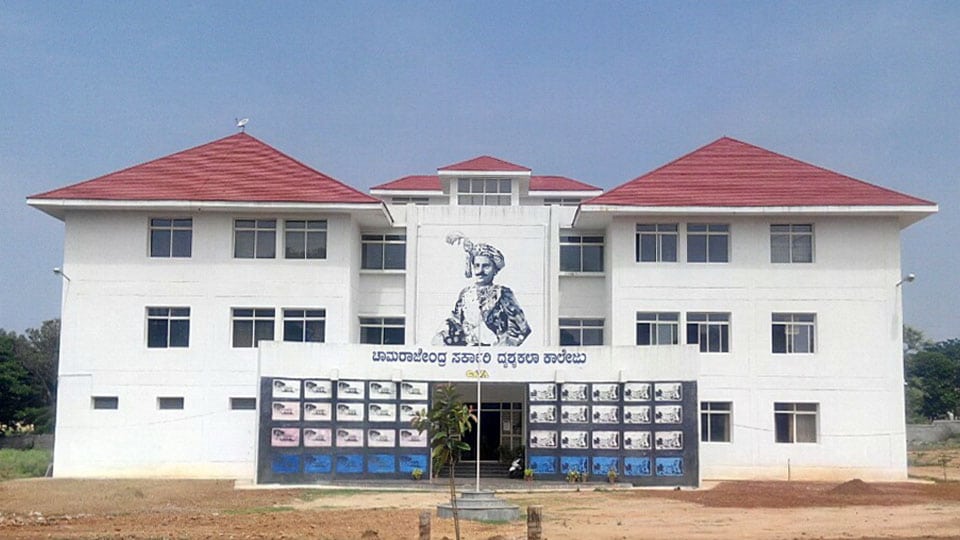 Mysuru: Demanding immediate appointment of Dean to the College, over 250 students of Chamarajendra Academy of Visual Arts (CAVA), situated in the Government Textbook Press premises on Bannur Road in city, will stage an indefinite stir in the College campus from Sept.4.

Claiming that CAVA is headless after Basavaraj S. Musavalgi retired as Dean on July 31, 2017, the office-bearers of Kuncha Kavya Samskruthika Samiti (KKSS), the Students Union of the College, said that representations to Kannada and Culture Minister and the Principal Secretary of the Department seeking appointment of Dean had gone in vain.

In the absence of the Dean, there is a big question mark on the much-awaited ‘Dasara CAVA Mela’ organised every year, as only the Dean can get funds sanctioned for the Mela and other academic activities, they said.

Alleging that they have not received stipend for the past three months, they said that the indefinite stir from Sept.4 will continue until Dean is appointed at CAVA.

CAVA
Rig and Yajur Upakarma in city on Sept. 4, 6
Goodness of Life…