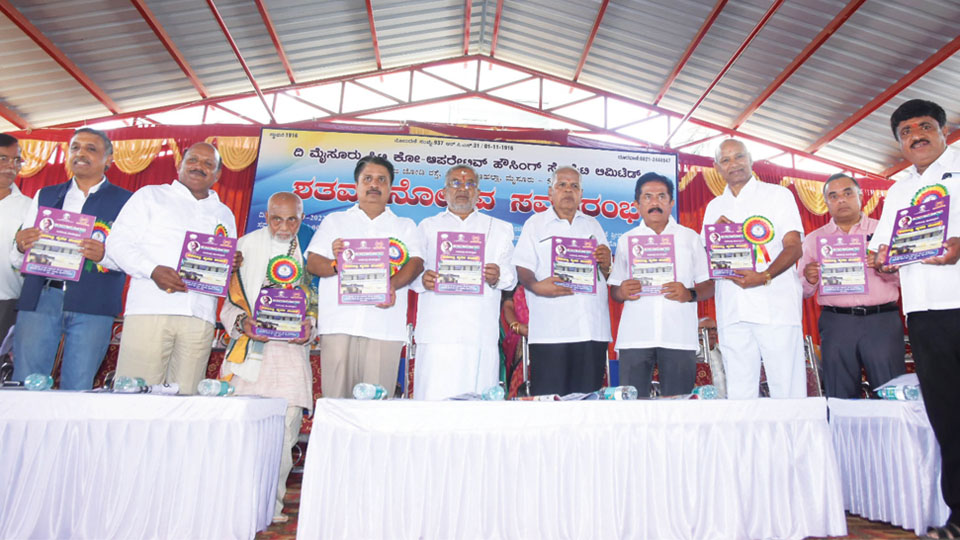 The MLA was speaking after inaugurating the centenary celebrations of The Mysore City Co-operative Housing Society Ltd. at Alamma Choultry in Shivarampet here on Sunday last.

He also released the souvenir Shatha Deepti on the occasion.

“The Mysore City Co-operative Housing Society which was formed by some veteran co-operators with a vision has completed its centenary. Late H. Nanjundaraj Urs, retired Judge late H. Channaiah, late M. Srinivasa Rao along with some others started this Co-operative Society with the intention of providing loans for house construction. Then the cooperatives didn’t take any TA/DA and worked selflessly keeping the interest of the Co-operative Society and the general public in mind. The Society has grown with hundreds of members now and is functioning successfully,” said G.T. Devegowda.