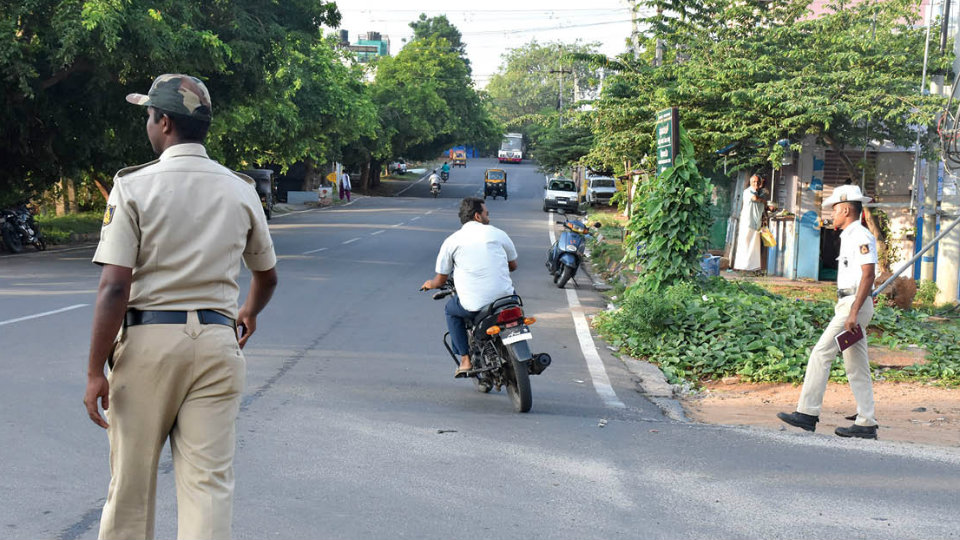 Chain snatchers on the prowl

Mysore/Mysuru: Chain snatching incidents are continuing in city with two women losing their gold chains to bike borne miscreants at Vijayanagar and Kuvempunagar in a span of 30 minutes yesterday.

In the first incident that took place at Vijayanagar 4th Stage, 45-year-old Vanajakshi, a resident of the locality, who had been to Aishwarya Hospital in Vijayanagar 3rd Stage, was returning home on her two-wheeler. When she was nearing her home, which is located in an isolated place, two bike borne miscreants, who came from the opposite direction, yanked off her 40-gram gold mangalya chain and sped away.

Vijayanagar Inspector Balakrishna and staff, who rushed to the spot, conducted mahazar and have registered a case.

In the second incident that took place at 7.15 pm (30 minutes after the first incident), at Kuvempunagar, a chain snatcher has yanked off a 30-gram gold chain worth Rs. 1.2 lakh from a 60-year-old woman in Kuvempunagar. The woman, who lost her gold chain, is Suma. She was walking on Ruby Stores Road in Kuvempunagar, when a bike borne chain snatcher, who came from behind, snatched her chain and sped away.

Kuvempunagar Inspector Raju and staff, who rushed to the spot, conducted mahazar, registered a case and have launched a hunt to nab the miscreants.

Meanwhile, the City Police have urged the residents, especially those residing in isolated places not to display their jewels while stepping out of the houses. If and when its absoulety necessary to wear such jewellery,  cover them before leaving the house, the Police have said.