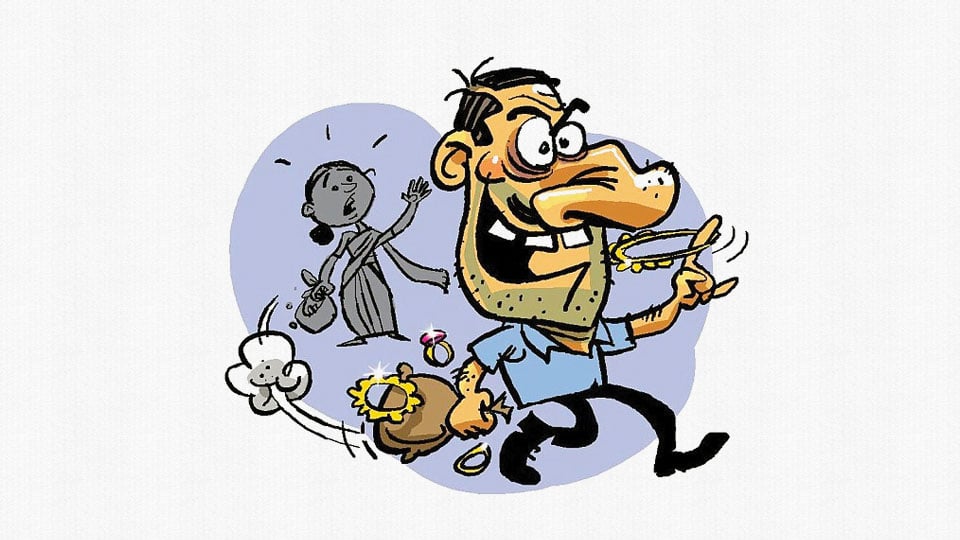 Mysuru: After a brief lull, bike-borne chain-snatchers, who targeted lonely elderly women in separate incidents, have snatched gold chains weighing about 60 grams and worth about Rs.1.8 lakh in city last evening.

In the first incident, bike borne miscreants have snatched a gold chain weighing about 35 grams from 60-year-old Manjula near a park at JSS Layout here between    4 pm and 4.15 pm.

The victim had gone for a walk at a park in JSS Layout and was returning home, when the miscreants snatched her gold chain and sped away.

Udayagiri Police have registered a case.

The victim, Umashankari, had been to a shop and was returning home, when the bike-borne miscreants snatched her 25 grams gold chain and sped away on the bike.

Nazarbad Police, who rushed to the spot, conducted mahazar and have registered a case.