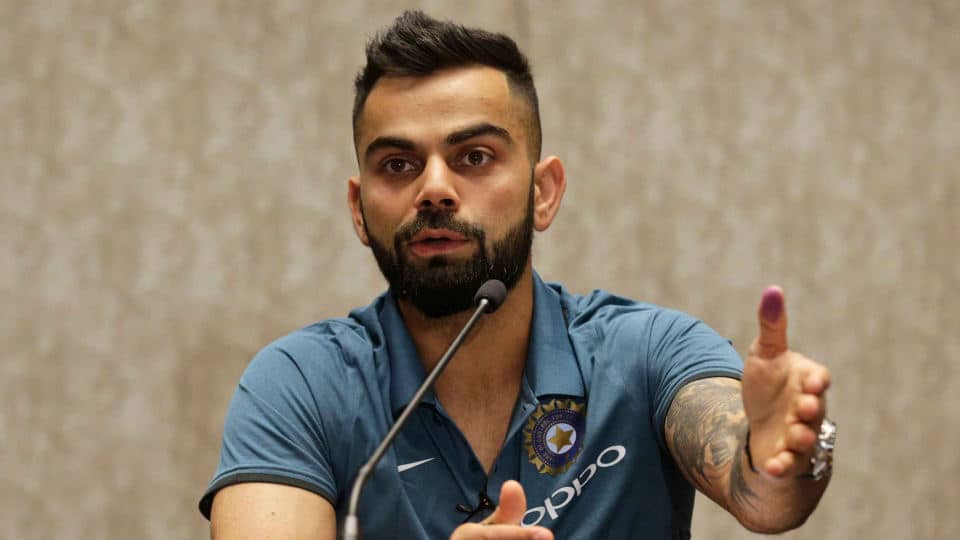 When Team India land in England to begin their title defence of the ICC Champions Trophy, it will be the first time that Virat Kohli will captain the Men in Blue in an ICC event.

In the pre-departure interaction with the media yesterday, Virat made it clear that India will not burden themselves with the tag of ‘defending champions’. “I think the first challenge is not to think about the fact that we are defending the title. When we went there the last time, we just wanted to enjoy ourselves as a young unit. We ended up winning the tournament and ended up creating a team which has done so well so far,” he said.

Virat added that the team will continue to be ruthless on the field as they have throughout the season. Virat felt that the Champions Trophy was a more competitive tournament than the traditional World Cup.

With a combined experience of 582 ODIs between them, Virat said that the team will bank on Yuvraj Singh and Dhoni in critical times. He said when the two are out in the middle, it has a ripple effect on the other members in the team and it lifts their morale. “They have enough experience that if you give them freedom to play their game in the middle order, am sure they know most how to build the match, how to win, or come out of difficult situations,” said Virat.

He said the reasons for success in the 2013 editions were mainly three; attacking openers, in-form spinners and a fast bowling unit that   offered depth.

After the two warm-up games against New Zealand (May 28) and Bangladesh (May 30), India will play Pakistan in their first Group B match on July 4 at Edgbaston.