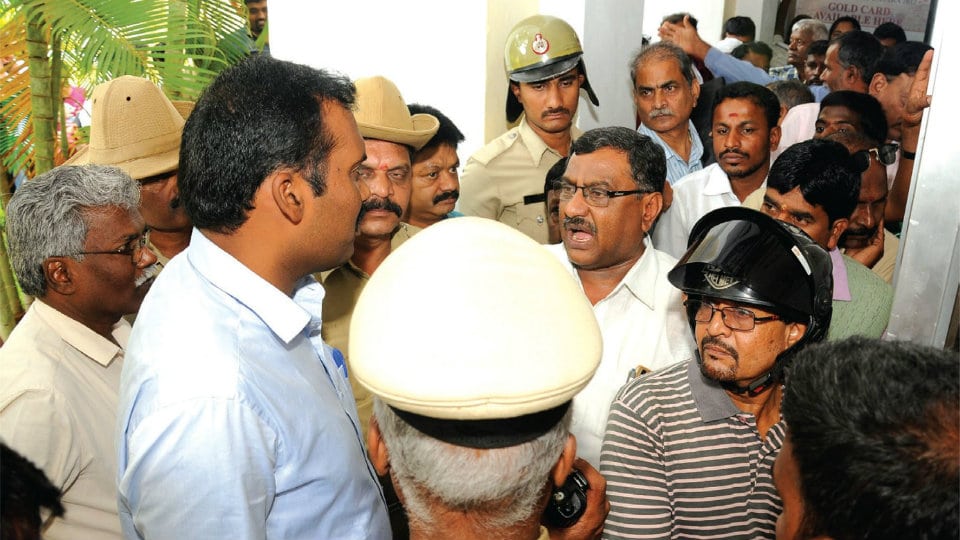 Mysuru: Commotion prevailed at the Spandana Centre in DC’s Office here yesterday, where tickets for the Jumboo Savari and Torchlight Parade are being sold with hundreds standing in a serpentine queue to purchase tickets.

But the person issuing tickets expressed his helplessness as he was only following instructions from his higher ups to issue one ticket per head. 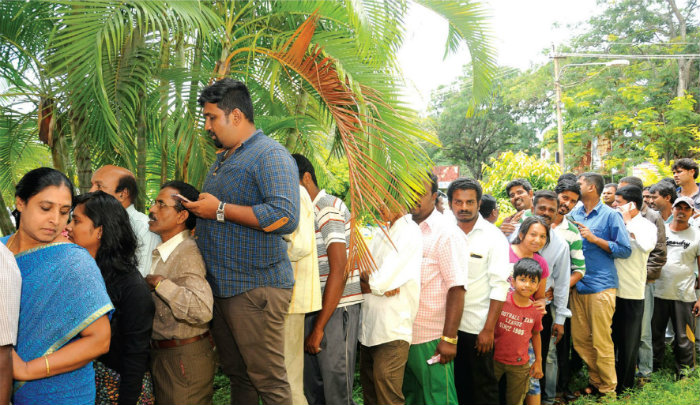 As the commotion escalated, ADC T. Yogesh and Revenue officials rushed to the spot only to be targeted by the public who vented their anger and tried to close the ticket counter but were pacified by the Police.

Later, as one ticket per head was issued under Police security, some members left without purchasing tickets.