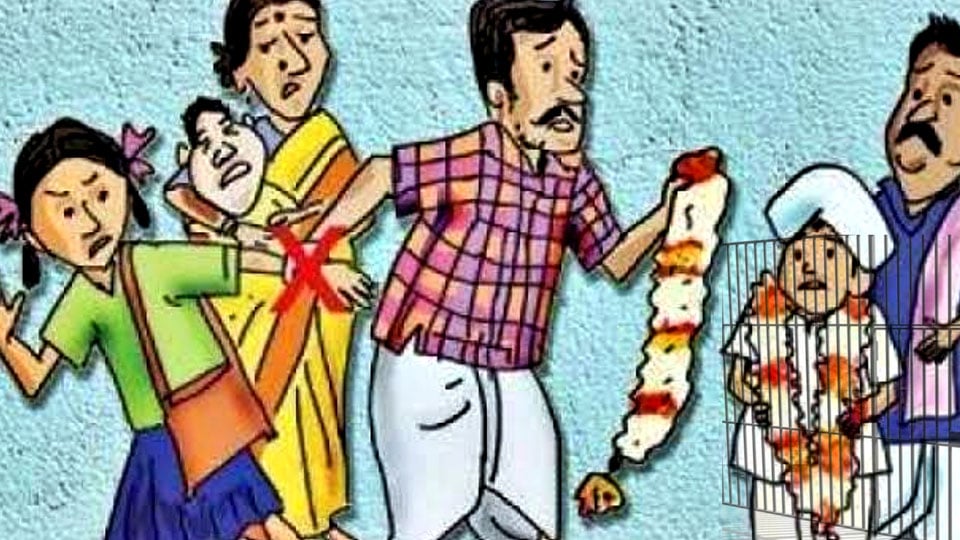 Mysuru/Mysore: A forcible child marriage has been stopped by the District Police, after the would-be minor bride’s friend tagged the message of her friend seeking help to the Bengaluru City Police Facebook page.

The Bengaluru Police, who responded to the alert, contacted Mysuru District Police, who have successfully stopped   the marriage.

The marriage of the minor girl was fixed with a relative on Jan.30 by her parents against her wishes.

The minor girl had written on her friend’s Facebook page stating that she was being married forcibly with a relative and had sought her help in alerting  the Police.

Bengaluru Police, who saw the tagged message, alerted Mysuru Superintendent of Police (SP) C.B. Ryshyanth, who along with jurisdictional Police immediately visited the village and successfully stopped the child marriage from taking place.