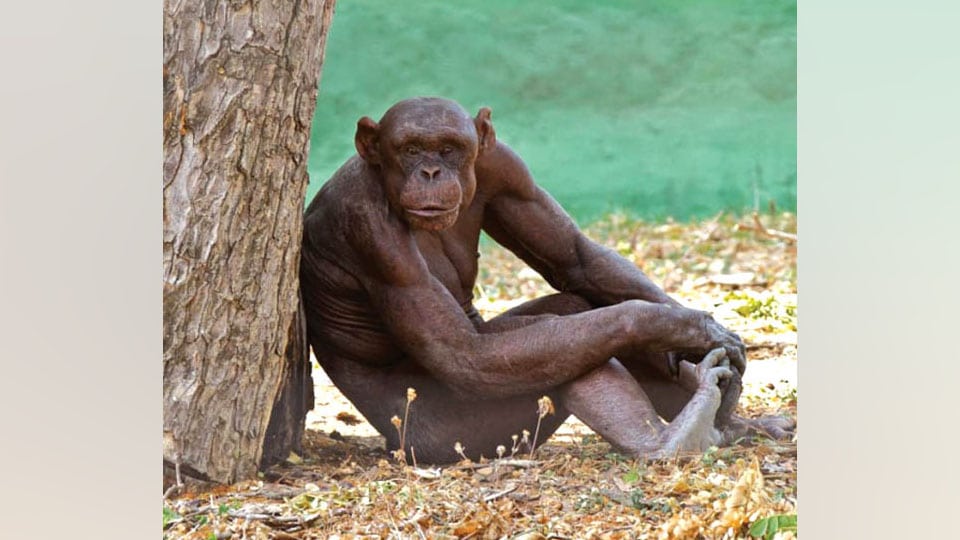 On Dec. 23, Guru was found dull and the Zoo Vets began the symptomatic treatment. The next day (Dec. 24), Zoo Veterinarians along with Dr. Sundar Raj, a consultant General Physician having experience with primates, continued the treatment. But Guru, who did not respond to the treatment, died at about 9.30 pm.

Guru, who was born on Feb. 11, 1992 to Lakshmi and Jamlu, was rescued from a circus by Arignar Zoological Park in Chennai and was handed over to Mysuru Zoo on Aug. 11, 2003, when he was 11-year-old, according to a press release from Ajit Kulkarni, Executive Director, Sri Chamarajendra Zoological Gardens, Mysuru.