Home » News » ‘China is a bigger enemy of India than Pakistan’ 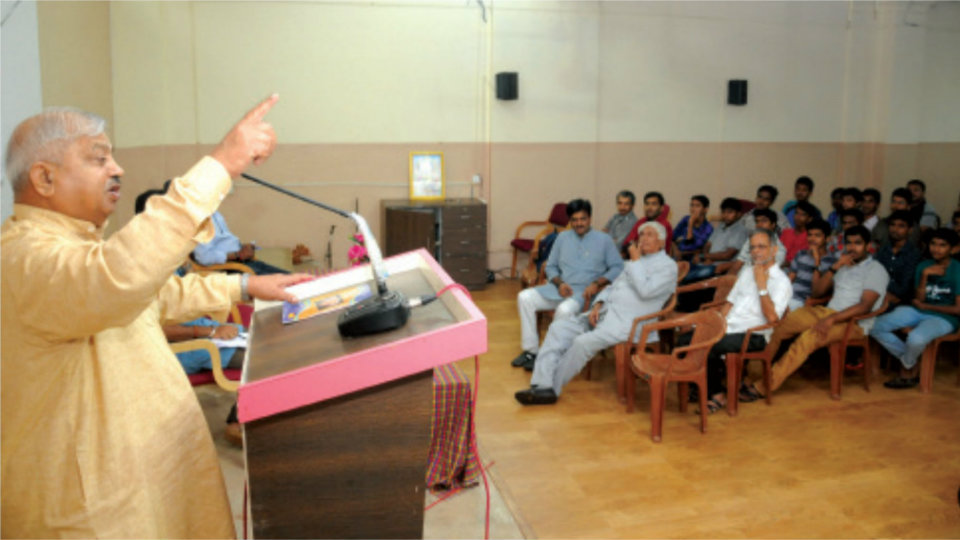 ‘China is a bigger enemy of India than Pakistan’

Mysuru:  Maintaining that China is a bigger enemy than Pakistan, as China is hurling our economy by dumping its goods, Swadeshi Jagran Manch National Organising Secretary Kashmiri Lal Ji has said that while China is exporting goods worth 64 Billion Dollars to our country, it has been importing very less from India.

He was speaking at a seminar on the topic “Current Economic Scenario and Swadeshi Solution” organised by Swadeshi Jagran Manch at Gopalaswamy PU College near Nanjumalige here yesterday.

Pointing out that India has more number of youths than China, Lal Ji opined that promotion of Swadeshi goods will generate more jobs in the country.

Stressing on the importance of buying Swadeshi goods, he said that such an action will help save our foreign exchange reserves.

Giving a breakup of India’s job sector, he said that while only 3 percent of the population were in Government service, 45 percent were engaged in agriculture and an equal number in small jobs.

Complimenting the Indians for buying foreign companies such as Woodland and Karbonn mobiles, he said that consumers must look more at ‘Made by Indian’ goods rather than going for ‘Made in India’ brands.

Noting that the country can produce much better goods than China, Lal Ji called for promotion of entrepreneurship among Indian youths for making ‘Make in India’ campaign a huge success.

He later held an interaction with students on promoting Swadeshi goods.

Swadeshi Jagran Manch office-bearers N.R. Manjunath, G.R. Srivatsa and others were present during the programme.