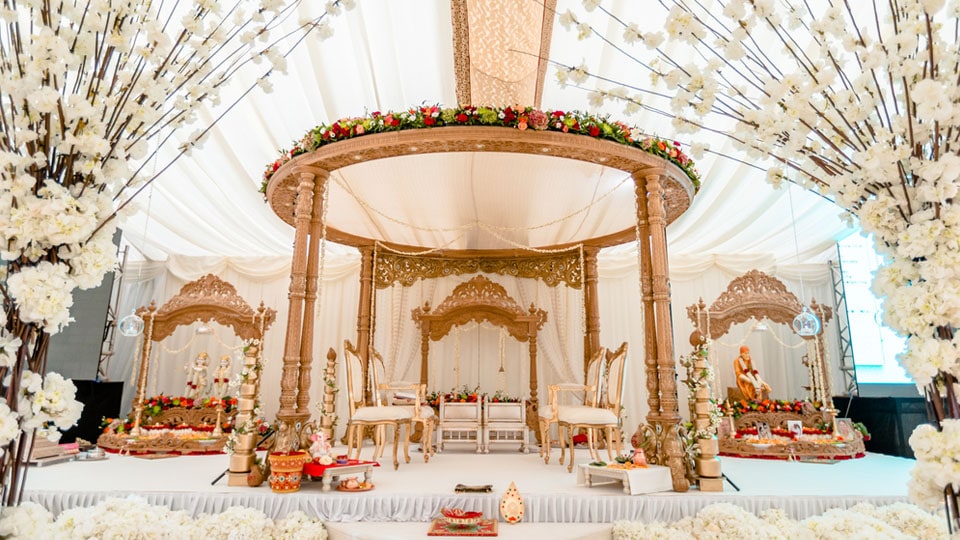 Mysore/Mysuru: The Government had banned weddings during the lockdown and now even during the relaxation period, it has imposed many restrictions to make the ceremonies short and simple. But what happens to the advance money paid to Choultries or marriage halls in case the weddings are cancelled or if the families decide to conduct the weddings at homes?

Families of couples who had booked Choultries have complained to ‘Star of Mysore’ that some Choultry owners and managements are refusing to refund the advance money. In normal days, if a family has to book a Choultry, they have to pay an advance that ranges from Rs. 30,000 to Rs. 1.50 lakh depending on the Choultry popularity.

Sanjith, a resident of Kuvempunagar in city, told ‘Star of Mysore’ that his wedding was fixed on May 3 and was postponed due to lockdown. “We had booked a Choultry on the Ring Road by paying an advance of Rs. 1.25 lakh. Since we are going ahead with a simple marriage, we decided to cancel the booking and contacted the manager and the Choultry owner for return of advance but they refused,” he said.

When insisted, the Choultry owner curtly told Sanjith’s family to either get married at the same venue at a later date or find another couple who are willing to get married in the Choultry and pay an advance of Rs. 1.25 lakh so that Sanjith can get back his money.

“This is ridiculous. And the Choultry owner told us that it will be a loss to them if they refund the money. Well, COVID-19 is not our fault and we all have suffered. Every month, at least 15 to 18 weddings are held at that particular Choultry,” Sanjith said, urging the District Administration and the Police to intervene.

Jayakumar, another parent and a resident of Ramakrishnanagar, who had booked a Choultry for his daughter’s wedding, too faced this problem. “The Choultry management flatly refused to refund the money though the wedding at the hall was cancelled and we performed the rituals at our home with 20 people,” he said.

Marriage venues have to be booked well in advance and in case the weddings are cancelled, the Choultry owners have to refund the money. After all, the bookings have been cancelled on account of certain unavoidable circumstances and the aggrieved parties have every right to approach the Consumer Disputes Redressal Forums, say Consumer Rights activists.

“People who have paid the advance must send the Choultry owner a formal letter in registered post asking for the refund of the money. If he refuses, people can lodge a complaint in the Consumer Forum along with the advance payment receipt and a copy of the letter and registered post acknowledgement. These Courts have resolved many such cases and have directed full refund,” said Advocate V.R. Raghunathan, who specialises in Consumer Court cases.