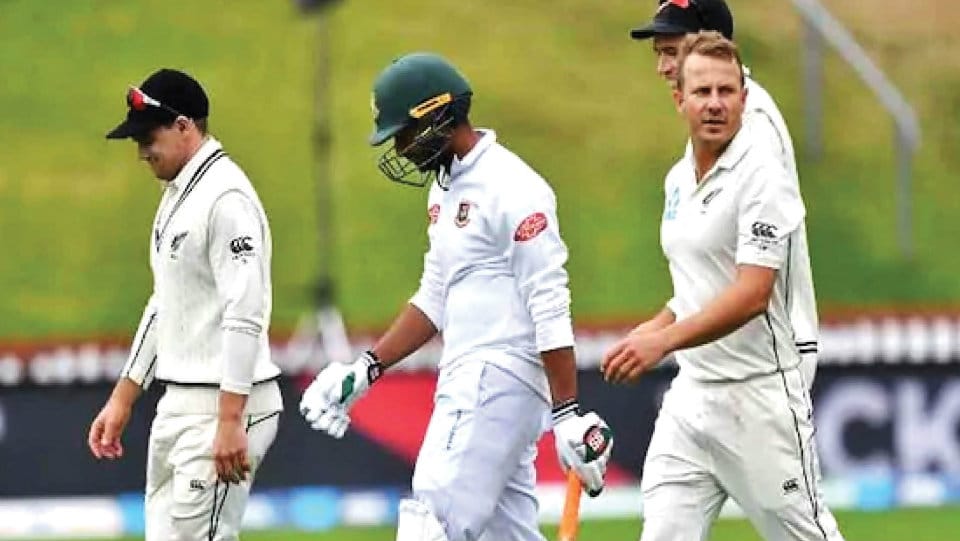 Christchurch: The third Test match between New Zealand and Bangladesh that was scheduled to begin on Saturday at Hagley Oval in Christchurch has been called off after a shooting at a nearby mosque today (Friday).

New Zealand Cricket made the announcement through their official Twitter handle. “Our heartfelt condolences go out to the families and friends of those affected by the shocking situation in Christchurch. A joint decision between NZC and the @BCBtigers has been made to cancel the Hagley Oval Test. Again both teams and support staff groups are safe,” the Black Caps tweeted.

Bangladesh Cricket Board spokesman Jalal Yunus said most of the team were bussed to the mosque in Christchurch and were about to go inside for Friday prayers when the incident happened. “They are safe. But they are mentally shocked. We have asked the team to stay confined in the hotel,” he told.

Forty people have been shot dead and 20 injured in attacks at two mosques during Friday afternoon prayers in Christchurch in what is the worst mass shooting in New Zealand’s history.

Prime Minister Jacinda Ardern said it was “one of New Zealand’s darkest days” as Police uncovered multiple explosive devices attached to cars and commissioner Mike Bush urged all mosques across the country to close their doors for the time being. Four people were taken into custody — three men and one woman — for what Ardern described as a terrorist attack.”