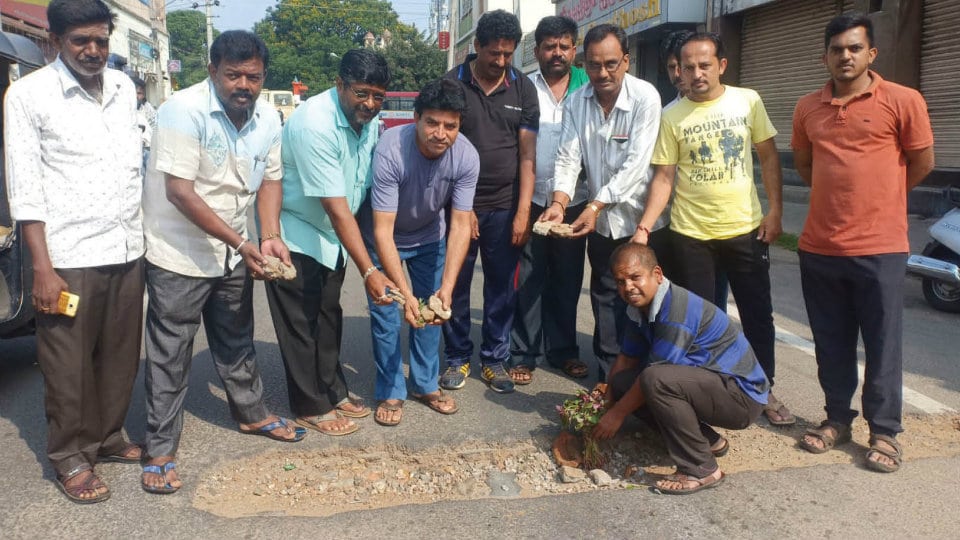 Mysuru: Fed up over official apathy over filling up of potholes, citizens staged a unique protest by planting a sampling in one of the huge potholes on the stretch from Agrahara Circle to JSS Hospital yesterday.

Local resident Lakshman said that the road has got damaged as the MCC failed to asphalt the road after digging it for water pipeline. Although several representations have been made to the MCC seeking filling up of potholes, the civic body has been apathetic and as such they were forced to register their protest in this unique way. Former Corporator M.D. Parthasarathy too strongly condemned the indifferent attitude of the officials in repairing the busy road. Local residents D.K. Nagabushan, Paper Manju, Nagesh, Yogesh, Nagaraj, Santosh, Srinivas and others took part in the protest.