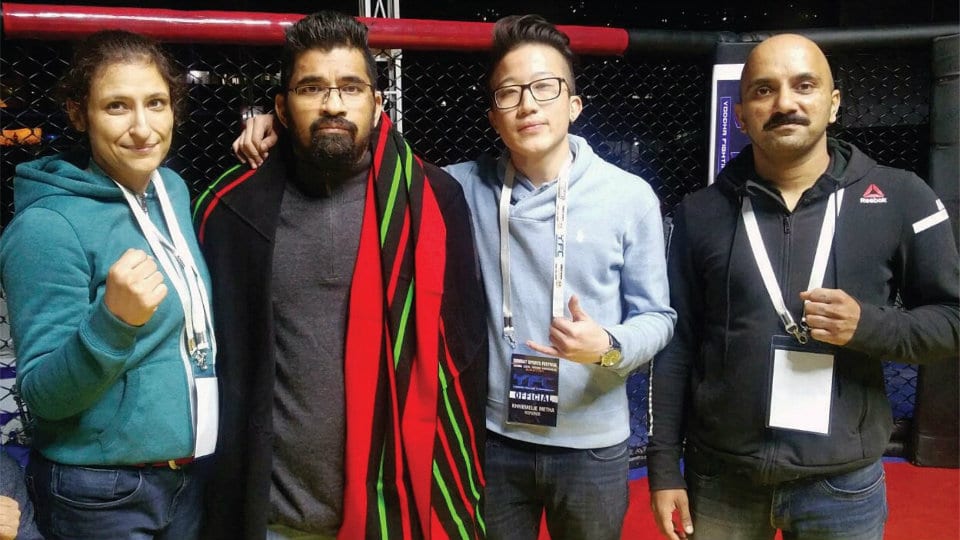 Anjali faced a fighter from Delhi and won the fight by finishing her opponent in the first 90 seconds via Technical Knock out.

Anjali is also a kick-boxing National champion and a bronze medallist in State-level power lifting. She will be fighting again in Kota Kinabalu, Malaysia, alongside her teammate Basavesh in the first week of December. Anjali trains at Genesis Mixed Martial Arts under Samith Bhat.

This event was organised as a part of Combat Sports Festival on Oct.28 October in Kohima. Anjali was one of 16 fighters invited to compete in this event.