Home » News » ‘Faith in Goddess Chamundeshwari has fulfilled my wishes’ 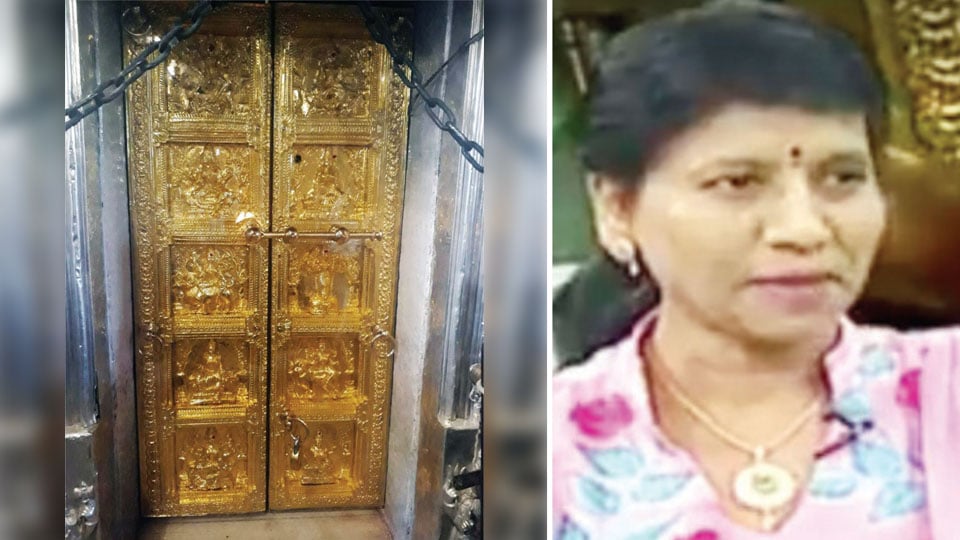 ‘Faith in Goddess Chamundeshwari has fulfilled my wishes’

Mysuru: It is only because of the total faith I have in Goddess Chamundeshwari, the reigning deity of Mysuru, one of the most powerful Goddesses, that she has fulfilled all my wishes. Hence, whatever one offers after the fulfilment of the wishes is very little and insignificant, said devotee Jayashree Sridhar, who had offered gold-plating to the entrance door of the Sanctum Sanctorum of Chamundeshwari Temple, atop Chamundi Hill.

Advocate Jayashree Sridhar, a resident of BTM Layout in Bengaluru, sharing her experience with Star of Mysore, said, “I come from a middle class family. I am a devotee of Goddess Chamundeshwari. If we remember her with full devotion in any task we undertake, it will be a success. Hence, I have offered the gold-plating. The temple Priests and Temple Board have given full support  and guided me.”

Compared to the blessings of the Goddess, what has been offered to her is miniscule. “It is not right on my part to publicise the event by talking to the media. It is like propaganda of the Goddess for which she will be very unhappy. Even the people might mistake me for going public. Hence, I rather not talk too much,” she appealed.

Jayashree Sridhar had come along with her family members on Oct. 27 at 10 pm and offered the gold-plating. She had got permission from the Temple Board Administration nearly two years ago for the offering.

The gold-plating on the door has embossing of figures of Siddidatri, Shylaputri, Brahmacharini, Chandraghanta, Kumshmanda Devi, Skandamaata, Katyayini, Mahagowri, which attract the devotees who come for the darshan of the Goddess.