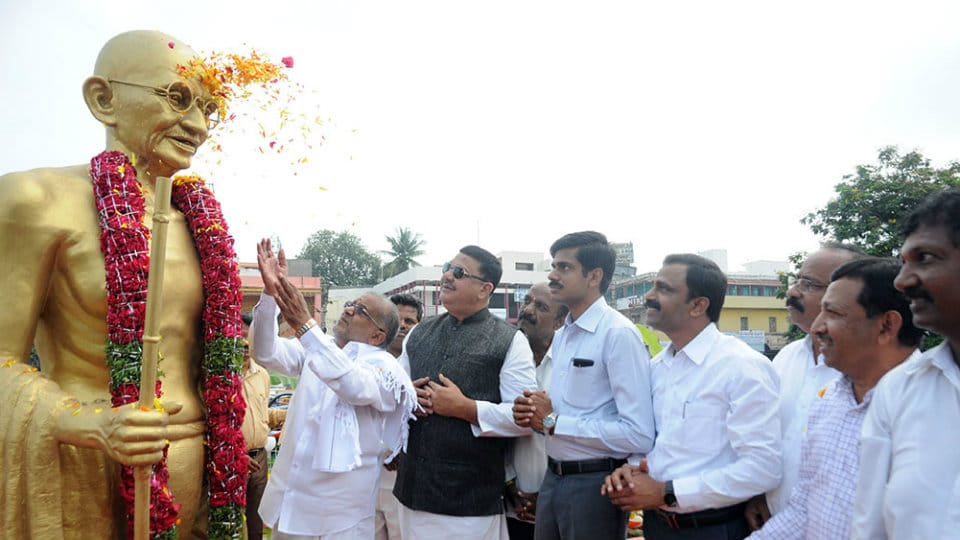 Mysuru: Marking 150th birth anniversary of Mahatma Gandhi, programmes were held at various places in city this morning. The District Administration along with the Department of Information and Public Relations had organised a prayer meeting at Town Hall.

Earlier, District Minister G.T. Devegowda garlanded the statue of the Mahatma at Gandhi Square and administered oath to maintain cleanliness. He also released a commemorative Postal Cover and book ‘Karnataka Janapada’ on the occasion. A documentary featuring the life and freedom struggle of the Father of the Nation was also screened.

Speaking on the occasion, Minister G.T. Devegowda said that cleanliness should be of top priority as envisaged decades ago by Mahatma Gandhi and called upon the people to follow Gandhian principles and ideals.

At Gandhi Bhavan: The University of Mysore (UoM), Gandhi Study Centre and Jnanadeepa Educational Institutions had organised a function at Gandhi Bhavan in Manasagangothri to commemorate World Ahimsa Day. Gandhian  T. Venkatachalaiah garlanded the bust of Gandhiji at the venue and offered floral tributes to a portrait of Gandhiji. 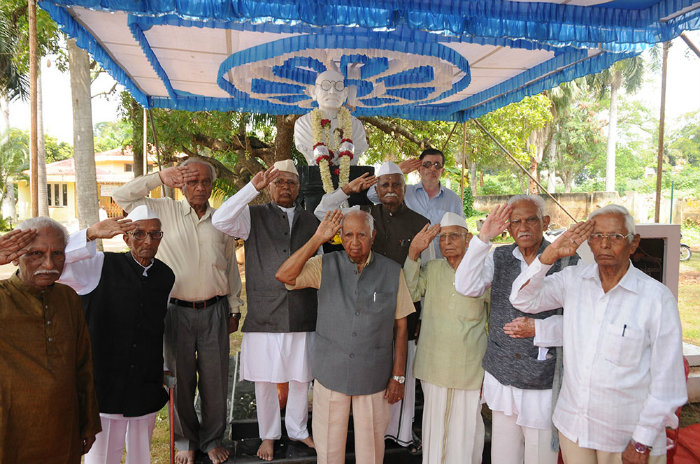 Saluting the Mahatma: The members of Freedom Fighters Association paid a tribute to the Mahatma by garlanding his bust at the Freedom Fighters Park in Subbarayanakere this morning. Some of them also recalled the freedom struggle undertaken by Gandhiji.

At KR Hospital: Various Lions Clubs of city along with State Bank of India (SBI) took up cleaning at K.R. Hospital premises to mark the occasion. Hospital’s civic workers Puttamma, Rathnamma and Mangalamma were felicitated for their selfless service to the destitutes. Fruits were distributed among the patients.