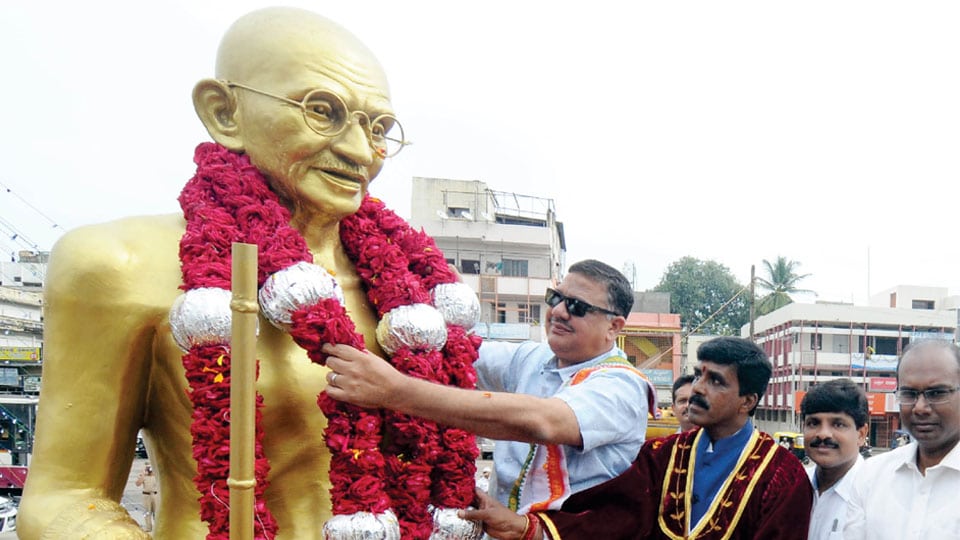 Mysuru: Every year on Oct. 2, the nation remembers The Mahatma and the city is no exception as it celebrated the 148th birth anniversary today in various parts of the town.

Speaking on the occasion, Tanveer Sait said that it was not enough to just remember Gandhiji on his birth anniversary. But, what was important was to follow the ideal life led by the Mahatama and to give up hatred and jealousy, which was what the Father of the Nation advocated. “We should understand the teachings of the Mahatma and build a great India,” the Minister added.

However, today being a public holiday, the Town Hall wore a deserted look as most of the people had not turned up to celebrate Gandhi Jayanti. 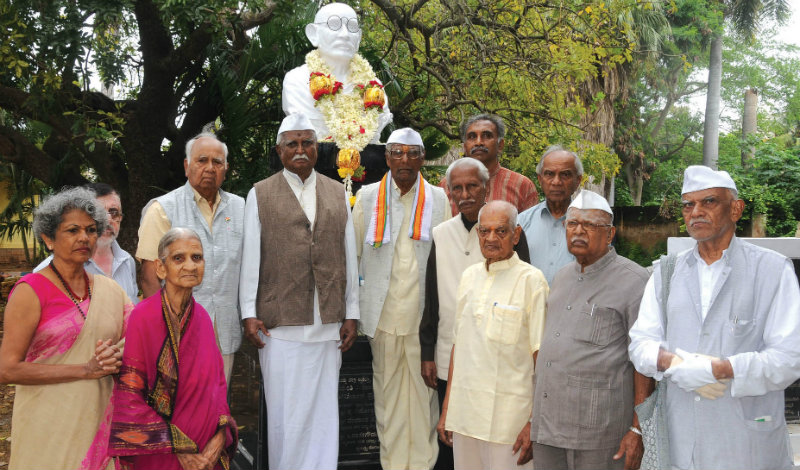 A few of the freedom fighters from Mysuru paying tribute to the Mahatma at Subbarayanakere this morning.

According to Dr. S. Shivarajappa, the Director of Gandhi Bhavan, University of Mysore, the Ashram will be open to the public in about ten days. 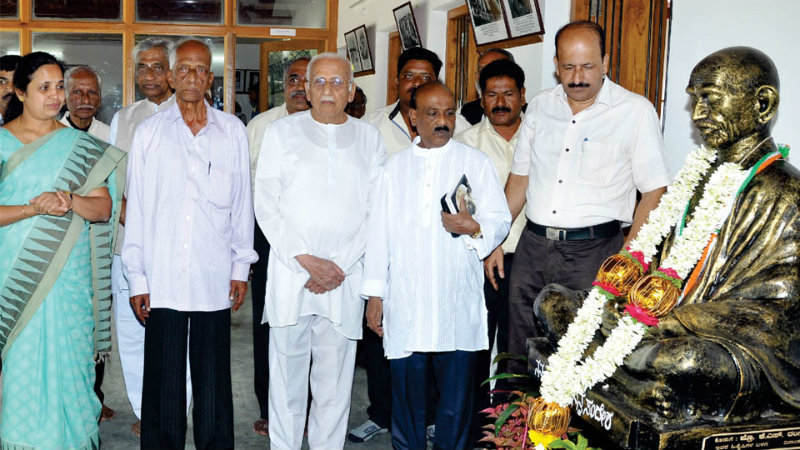 Many of the original photos of the University of Mysore Registrar D. Bharathi, speaking on the occasion said, “If we have to pay tributes to the Mahatma and other leaders on their birth anniversaries, then instead of enjoying a holiday everyone should work more on that day. Otherwise it will just be a lip service.”

Dr. Shivarajappa said that this is the third Sabarmati Ashram in the country. The first one where Gandhiji lived was in Sabarmati in Gujarat and the second one is in Delhi. “The Ashram should have been opened to the public long ago as it was declared open by the then Vice-Chancellor Prof. K.S. Rangappa in January this year. However, due to some reasons it has been delayed. We plan to invite the Governor, Chief Minister and others for a big opening,” he said.

Gandhian Prof. M. Karimuddin from Ganjam, Srirangapatna said, “Gandhiji always believed that toilets should be as clean as temples and we should always clean our toilets ourselves. Sadly, this lesson of the Mahatma has been missed by many.”