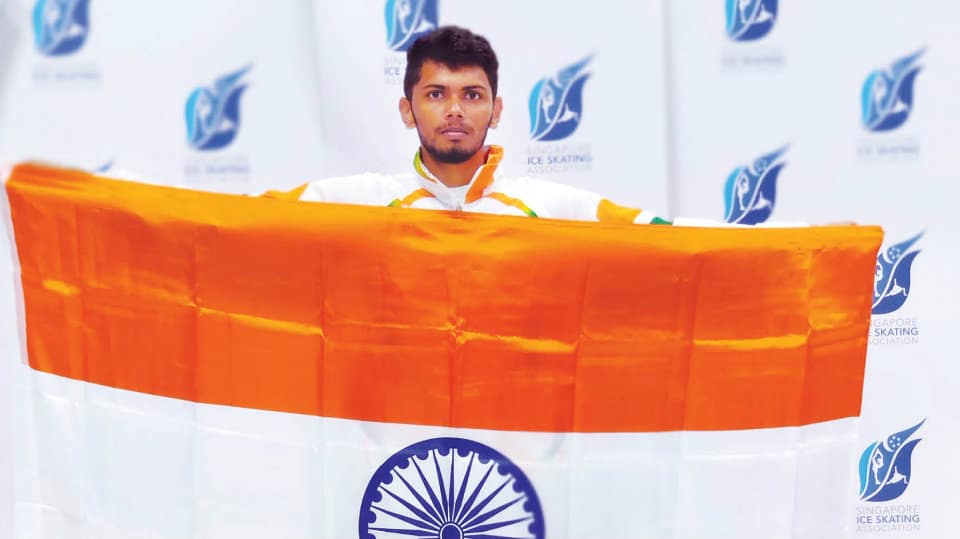 Earlier he had participated in the 57th National Roller Skating Championship 2019 representing Karnataka Skating Team and had won Silver Medal in 1,000 mts Skating held at Visakhapatnam from Dec.19-23, 2019.