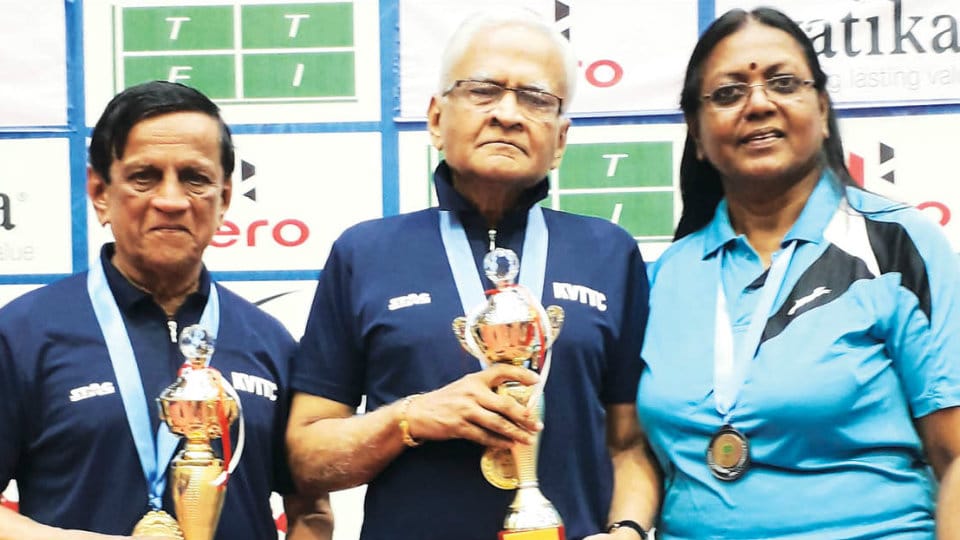 Three Mysuru players who were among the medals winners are: K.V. Krishnamurthy – Gold in 80+ Team and Doubles and Bronze in Singles; Dr. B.R. Sainath Iyer – Gold in 75 year Team and Sushila Devi Pillay – Bronze in 60+ Women Team.

The Mysuru Men players had a repeat performance  of last year in Team 80+ and 75+ and 80+ Doubles to get Gold. Women 60+ team was fortunate to win against West Bengal as due to an error their best player, Lathika, got only one match to play in five and at match score 2-2, they had to win the fifth and final match. Sushila won comfortably the final match and Karnataka got into the next round.

40+ among Veterans is the youngest, powerful and active group and so the jewel in the crown of veteran titles. Karnataka Women 40+ (Anjana, Deepali, Samina and Anmona) won Gold and the title, beating Maharashtra in Final.