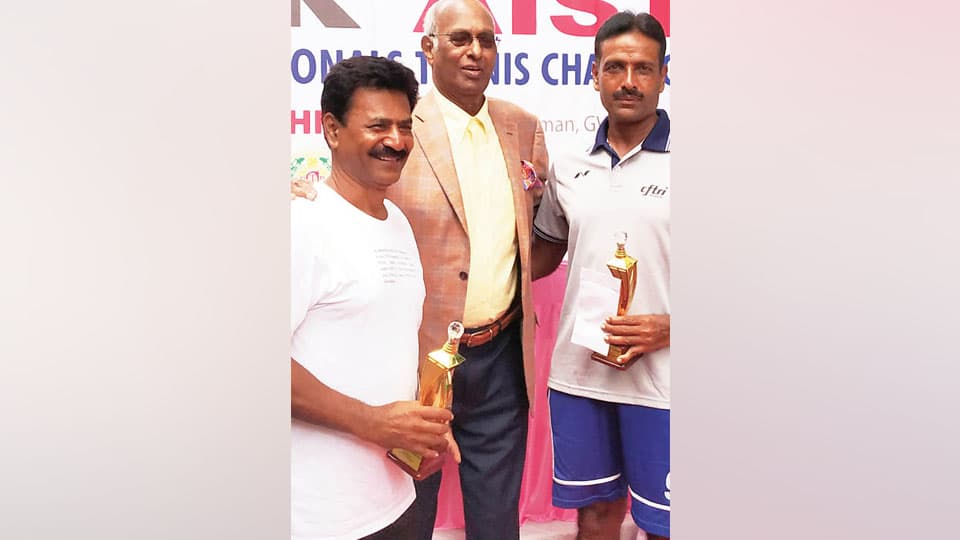 R.N. Ramesh also participated in All India Senior Tennis Championship in 55+ category at Hyderabad  held in 2nd week of December.

Ramesh participated in singles event exhibited a wonderful game of play and in a thrilling  semi final match against Rawat Bengaluru won by 6-4,7-5, and in finals lost to Srinivas Reddy, Anantpur (AP), by 5-7, 2-6 and become a runner-up.

However, Ramesh won the Championship in Doubles category partnering Srinivas Reddy against Rawat and Ravishankar by 6-1,6-1 in the finals.