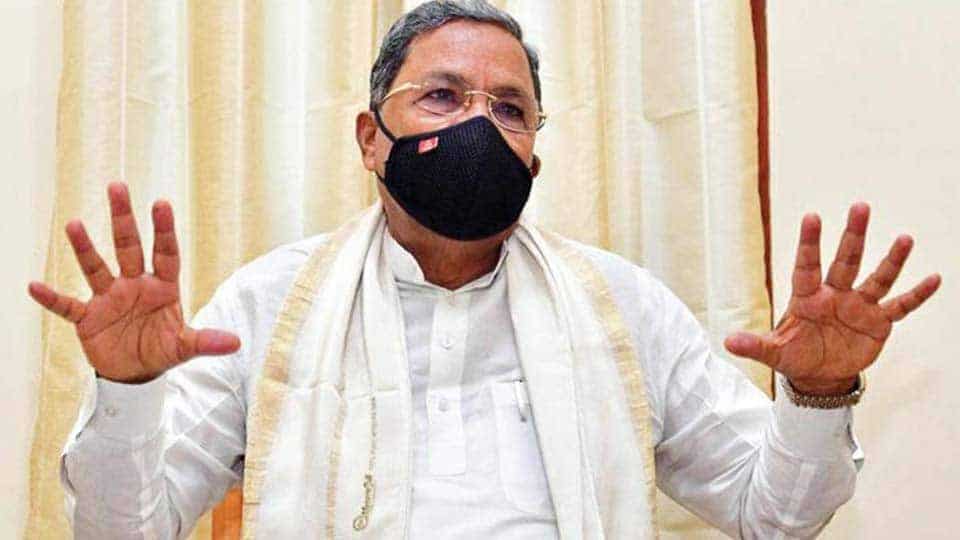 “The IAS Officers can talk to media only about the Government programmes but not personal matters of fellow officers,” Siddharamaiah remarked while talking to a few leaders including former Commissioner of MCC Dr. C. G. Betsurmath, presently working as Executive Secretary of JSS Mahavidyapeetha, in the premises of Suttur Mutt here yesterday.

He said he was very much upset about the alleged shadow boxing between Rohini Sindhuri and Shilpa Nag and said it was not right on the part of IAS Officers to go before media and make allegations against each other. The Service rules do not permit them to talk about personal matters of their colleagues before media. Shilpa Nag has erred by making charges against the then Mysuru DC Rohini Sindhuri, he added.

The former CM opined that if Rohini Sindhuri has really constructed a swimming pool inside Jala Sannidhi, the official residence of Deputy Commissioner, a heritage building, by flouting rules, then she should have been suspended immediately. Officers are not permitted to speak about personal matters before media. They should have brought it the notice of senior officers, Siddharamaiah noted.