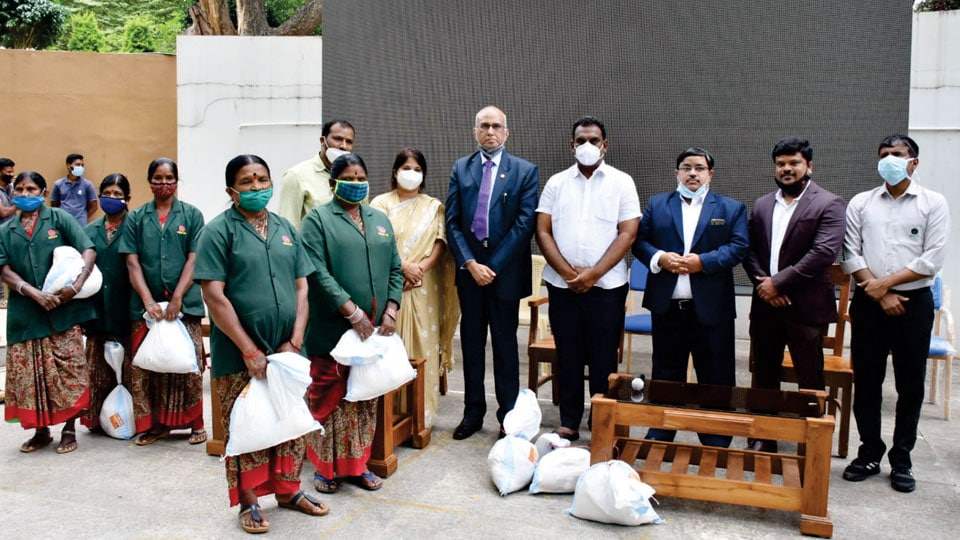 Mysore/Mysuru: Grocery kits were distributed to Mysuru Zoo employees by Bank of Baroda at an event organised at the Zoo’s Amphitheatre recently.

Speaking on the occasion, Zoo Authority of Karnataka (ZAK) Chairman L.R. Mahadevaswamy said that the erstwhile Mysuru rulers used to catch wild animals and keep them in the Zoo to display them to guests and other persons. But now, everyone could take a look at various wild animals and know about them, he added.

Pointing out that Baroda has connection with Mysuru, Sudhakar Nayak said that the Sayyaji Rao Road in Mysuru was named after Baroda Maharaja Sayyaji Rao Gaikwad and added that there is a road in Baroda which has been named after a Mysuru King. He further said that the Bank of Baroda would always extend its help to Mysuru Zoo through CSR intiatives.