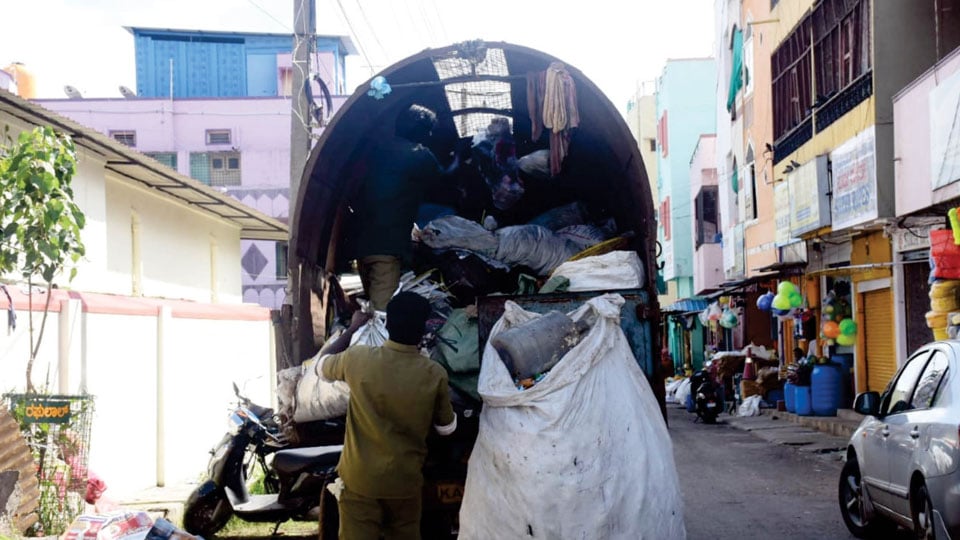 Why is Mysuru repeatedly missing the recognition?

Swachh Survekshan Awards-2021 (SS Awards) are out. These awards have acquired extra glean due to the fact that it is going to be  a precursor to our 75th year of Independence. The top ten Cleanest Cities of this year are: Indore, Surat, Vijayawada, Navi Mumbai, New Delhi, Ambikapur, Tirupati, Pune, Noida and Ujjain. And Indore got its Cleanest City tag for the fifth time in a row, a very commendable achievement indeed. More so as there has been an enhanced competition among the States and  cities to overtake Indore.

Among the States having more than 100 Urban Local Bodies (ULBs), Jharkhand has been awarded the first place as the Cleanest State followed by Maharashtra securing the second and Madhya Pradesh the third place respectively. We do not yet know the number of awards Karnataka State has secured.

However, our Royal City of Mysuru, which had once won the tag of Cleanest City of the country, has not done justice even in its own modified 3 to 10 lakh population category in the SS Awards-2021. And this is a matter of serious concern. There might be ‘genuine practical reasons’ for failure in our city making a mark. Among which, inadequacy of funds is said to be the main one. Shortfall in Property Tax collection coupled with  non-availability of any special Central or State grants, are two main reasons put forth.

On 3rd September 2020, Star of Mysore had carried a full page, five column article by this writer under the heading “Is a true comprehensive Solid Waste Management (SWM) plan missing?” Since SWM constitutes an important integral part of the Swachh Survekshan surveys as a part of the sanitation in a given city, this article gains relevance today.

It was pointed out that city suffers from  highly fractured city boundaries. Due to this, the lands of neighbouring districts are so close by to city that they add to the cost of sanitation without adding to the revenues! The sewage farm woes,  serious limitations of Rayanakere project, as also the Kesare project, which is still in the pipeline, were explained in some detail. Based on these factors it was pointed out that a comprehensive SWM plan is still missing in the city.

These problems have not been yet attended to and they will continue to hinder the overall improvement in the management of solid waste in particular and sanitation conditions in general. Even though some of them are long-term  problems needing State Government-level solutions, there are a few problems which are basically administrative issues and could be solved, if concerned authorities apply their mind.

It is to be noted that our city has reasonably good SWM infrastructure built under the JnNurm like  Zero-based SWM units around the city; Autos for lifting and transporting the SWM from the point of generation to the point of segregation and the dumping yards.

Very recently, a few more new vehicles have been introduced to this fleet to replace old ones. And very importantly, the human resource which has a long experience in SWM. With the removal of contract system and implementation of several beneficial schemes for the Pourakarmikas, one could expect greater efficiency in their functioning. However, these are individual components of the overall SWM system. Unless they are integrated into a truly comprehensive SWM plan and thereby establish an effectively functioning sanitation policy, the city is going to confront similar failure in future as well.

Segregation of waste at the generation point has been a big failure. Neither the citizenry nor the ground staff are sensitised to this, thereby complicating the entire chain of SWM system. Earlier, free distribution of red and green plastic bins and the proposed new plan are sheer waste of precious funds, unless they are supported by first-mile sensitisation. Newspaper announcements or radio / television broadcasts are mere shots in the dark and can only generate a false sense of completion of the otherwise arduous task.

Yet another very important missing link is total lack of ground-level supervision. There are ‘Environmental Engineers’ in adequate numbers, and there are supervisory staff. But the reality is that SWM ground staff are let off without any iota of supervision. It is common knowledge that certain categories of staff are there only for marking attendance, both technically and  in terms of output of work. But the  collection of solid waste and keeping the footpaths, roads and even the drains clean are very  laborious work. No one would perform these tasks on one’s own volition. Supervision is a must. Even otherwise our work culture and work ethics are a matter of separate discussion!

Mysuru has a great history as a well-maintained city — it was a Planned City and a Royal City. It is very unfortunate that of late the city is losing its shine and falling in its standard of sanitation. One has to simply visit any pay-and-use-toilet within the city centre, say one on Sayyaji Rao Road adjoining Mysore Medical College and Research Institute (MMC&RI), and that should give a fair idea as to why the city is missing the SS Awards.

Authorities, like in the distant past, should themselves move around the city inspecting the functioning of our sanitation system and set the matter right then and there. Otherwise, our once Garden City is going to lose its every unique quality to become another urban town.

NOTE: Before Independence in Mysuru city, we the old-timers have heard of the Palace Ministers, the Dewan and why even King Krishnaraja Wadiyar IV were said to move around the city on horse back periodically inspecting the functioning of the city authorities! — KBG