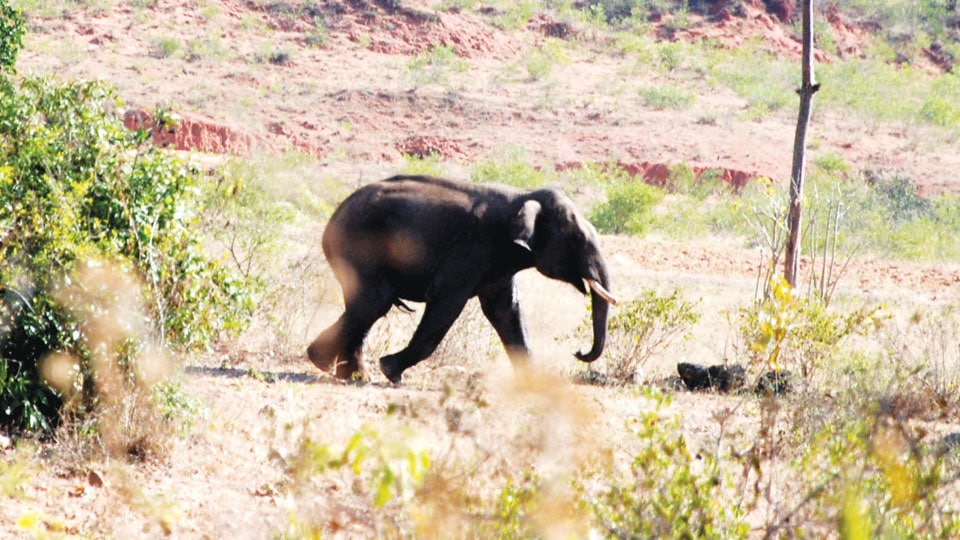 Gundlupet: Four Forest Department personnel from the Bandipur Tiger Reserve had a miraculous escape when a wild jumbo attacked their vehicle at Omkar Range in Bandipur forest of Gundlupet taluk in the early hours of yesterday.

According to a press release by the Forest Department, the personnel, Deputy Range Forest Officer (DRFO) K.P. Amar, employees Madappa, Shivu and Rajanna, were travelling by the jeep during an operation to chase the wild jumbos that had strayed into the villages, when an irked tusker attacked the vehicle.

The incident occurred at Neeralla area under Omkara Forest Range at 6.30 am. The forest personnel were trying to drive the elephant — that had strayed into the human population living on the fringes of the forests — back into the woods, forest officials said.

Villagers had complained about the elephant menace and the Department had initiated the operation. The elephant chasing operation was launched near a water body at Omkar Range where the elephant herd had camped.

Despite being injured, the foresters managed to scare the tusker away and saved their lives. The staff later somehow managed to wriggle out of the mangled vehicle after the elephant left the place.

Gundlupet Assistant Conservator of Forest (ACF) K. Paramesh and Omkar RFO H.N. Nagendra Nayaka rushed to the spot and said that the employees were safe and were being treated for injuries. The Begur Police have registered a case.