Home » News » Closure of business in cellars & basement: Merchants up in arms against MCC 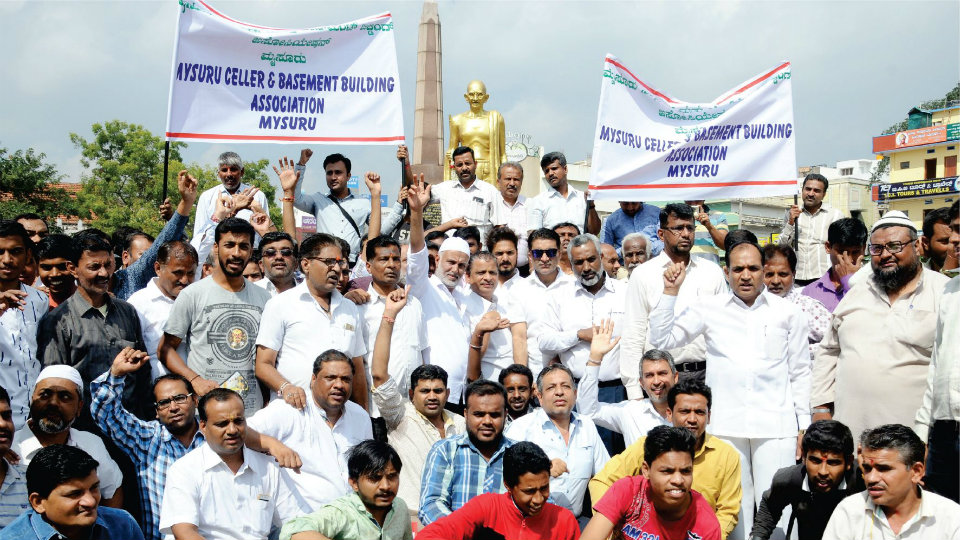 Closure of business in cellars & basement: Merchants up in arms against MCC

Mysuru: Opposing the move of the Mysore City Corporation (MCC) in closing down business activities at cellars and basements of commercial buildings in city, over 200 members of Mysore Cellar and Basement Building Merchants Association took out a protest rally from Kote Anjaneyaswamy Temple to DC’s office here this morning.

The merchants alleged that they were carrying on the business for several years after obtaining valid Trade Licence from MCC and hence questioned the rationale behind the civic body closing down the business operations citing parking problems. They contended that the cellars and basements were unfit for parking of vehicles as they are of small dimensions and not fit for parking.

The merchants lamented that they had invested lakhs of rupees for business which have been shut down by MCC for the last four days which was irrational. They alleged that banning business activities in cellars and basements has been implemented only in Mysuru while it is not so in other places.

A memorandum in that context was submitted to the Deputy Commissioner appealing him to intervene and protect them and their families which otherwise would land them on streets.