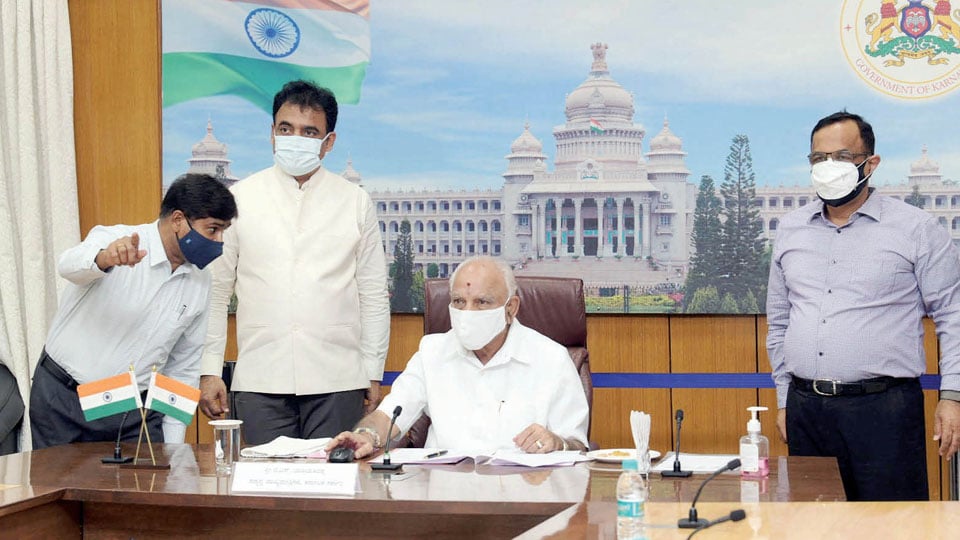 Bengaluru: Chief Minister B.S. Yediyurappa yesterday asked the officials to transfer compensation amount of Rs. 2,000 to each of the street vendors as announced in the package.

The special package was announced under the Department of Skill Development, Entrepreneurship and Livelihood and Deendayal Antyodaya scheme.

Speaking after the launch, Yediyurappa said that as per the urban development institutions survey, 2,16,439 street vendors have been identified and ID cards issued. Besides, they have been issued certificates for their business. The Government also provides shelters where they are doing their daily activities.

Stating that during covid-19 first wave PM Modi had announced Rs. 10,000 under Atmanirbhar loan scheme to street vendors through banks, he said so far Rs. 107.92 crore loan had been disbursed.

He said the second wave package of Rs. 2,000 has been credited to street vendors’ account and there was no need for them to apply for the benefits and asked the bank officials not to deduct this amount to any other loans. He mentioned that the Government has come to the rescue of workers of various sectors, teachers, farmers, Asha and Anganwadi workers with a package of Rs. 1,700 crore and amounts have been credited to the respective accounts of affected people.

He said that the Government also took measures to vaccinate all street vendors on priority and asked respective urban bodies to take steps in this regard.

Deputy Chief Minister Dr. C.N. Ashwathnarayan said the Government has introduced various schemes and so far 2.14 lakh street vendors benefited from a special package announced and the same has been directly transferred to their accounts.