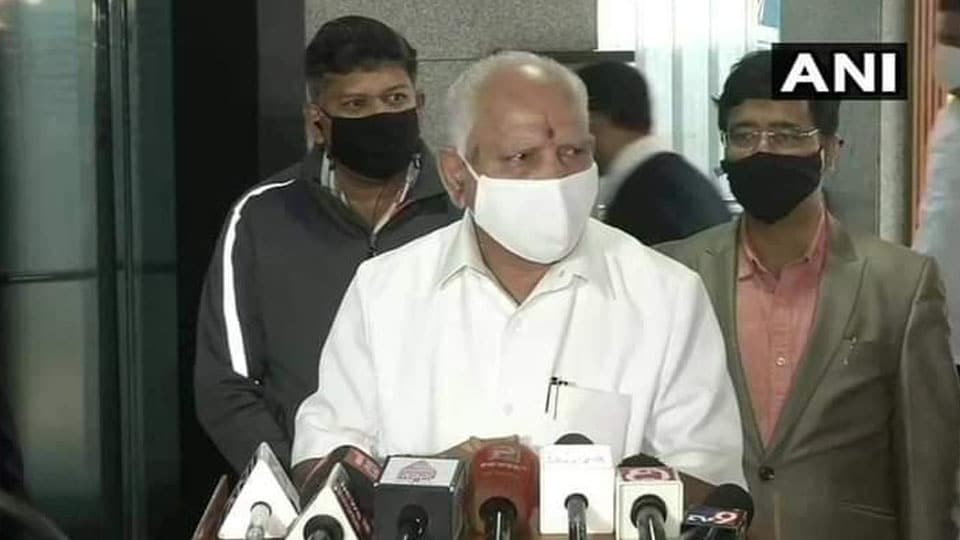 New Delhi: A day after he was summoned by the BJP top brass to New Delhi, Chief Minister B.S. Yediyurappa arrived in the national capital this morning to hold talks with Union Home Minister Amit Shah and BJP National President J.P. Nadda on party issues.

Yediyurappa left Bengaluru in a special flight at 8.20 am and his return journey date has been kept open. Speaking to presspersons upon landing in New Delhi, Yediyurappa said that he will be meeting Amit Shah and Nadda this afternoon  and discuss with them the choice of party candidates for Maski and Basavakalyan Assembly by-polls and Belagavi Lok Sabha by-poll which are likely to take place soon.

When asked whether  he would discuss  Karnataka Cabinet expansion or reshuffle, Yediyurappa was evasive and merely said that the party High Command will take a decision in this regard while refusing to elaborate on the issue.