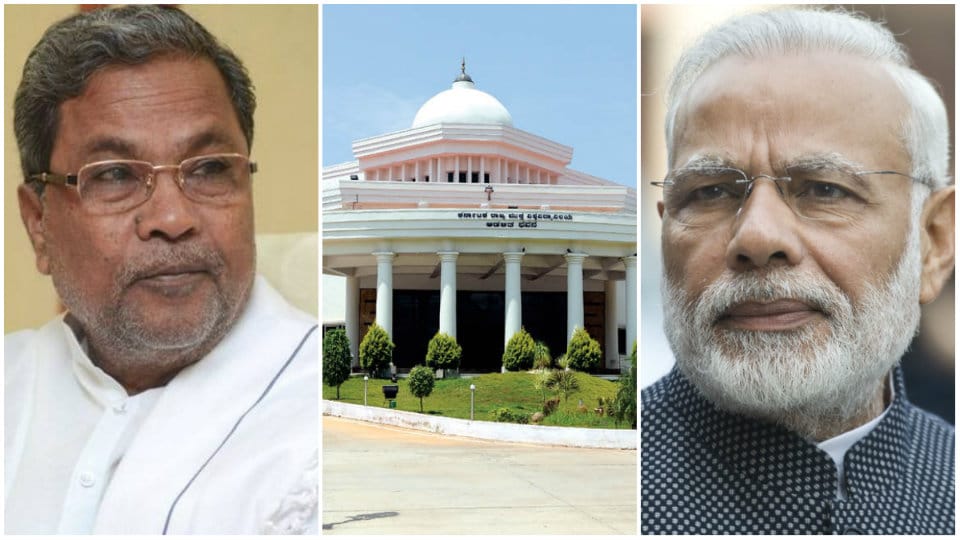 Bengaluru: Chief Minister Siddharamaiah has at last come to the rescue of the Karnataka State Open University (KSOU), where lakhs of students are suffering after the University was de-recognised. He has written a letter to Prime Minister Narendra Modi requesting his intervention for the renewal of affiliation to the beleagured University.

In the letter, he has requested the PM to direct the University Grants Commission (UGC) to take a positive step to protect the interest of KSOU students.

“I am writing this letter with great concern as the fate of lakhs of students are involved. UGC has de-recognised KSOU retrospectively from the academic year 2013-14 by issuing a public notice on June 16, 2015. An expert committee was constituted by the UGC to look into the case of KSOU. After studying the expert committee’s observations and recommendations, a compliance report was submitted to UGC.

Various additional documents requested by UGC in this regard are being submitted from time to time and the observations made by the UGC is being complied with,” the CM stated in his letter.

Siddharamaiah also highlighted that students from various backgrounds were admitted to this Open University, especially students from socially and economically disadvantaged backgrounds.  “With the de-recognition, the future of these students is in peril as they are denied higher education at their prime age. The students have been constantly representing to me on the problems faced by them with the de-recognition of KSOU. A revised proposal was sent to UGC in the light of the discussions held under the Chairmanship of Higher Education Secretary, Government of India, on June 21, 2017. However, UGC has not communicated the final decision and several students are eagerly waiting for the decision by UGC to pursue higher education. I request you to look into this matter personally,” wrote Siddharamaiah.

During the academic year 2015-16, UGC de-recognised affiliation for KSOU retrospectively from 2013-14 academic year, citing several technical issues mainly, offering technical courses under distance education mode and expanding outside the jurisdiction. Since then, KSOU has not admitted students for any of its courses, he has stated in his letter.

Meanwhile, the KSOU, which is also in the news for the fake marks card racket, has to put its act together at least in the interest of poor students as pointed out by the CM in his letter to the PM. The State Higher Education Minister, KSOU Vice-Chancellor and Registrar should all come together and resolve the issue with the UGC authorities at the earliest, said an official in KSOU (who did not wish to reveal his name), to Star of Mysore.