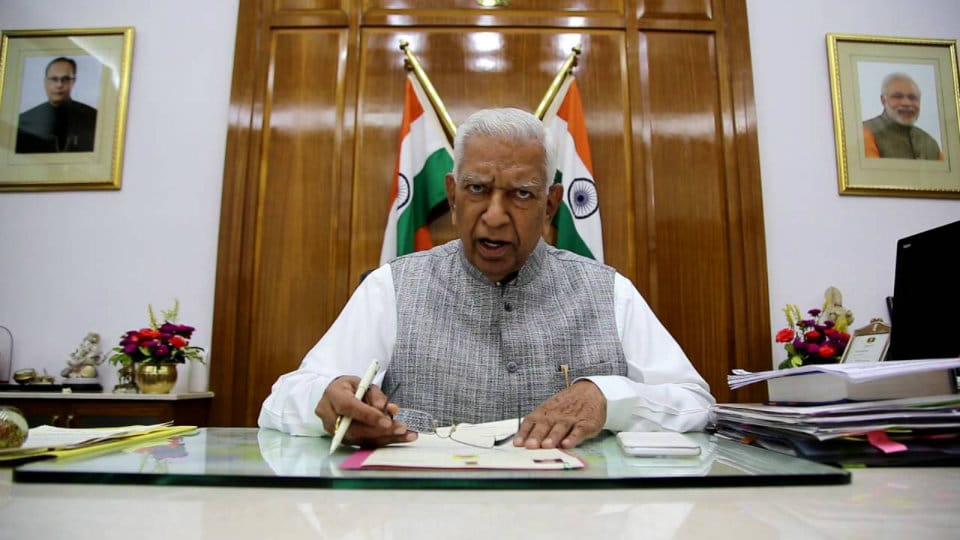 Bengaluru: The Higher Education Department had recommended a name for the Vice-Chancellor’s post of University of Mysore. However, with the Governor rejecting the name, there is a silent tussle going on between the Chancellor and the State Government. The Governor has not given the approval for the names recommended by the Government for the four Universities in the State including Bangalore and Mysore Universities.

University of Mysore is in a similar situation. While the Government had recommended the name of Prof. Siddashrama, Raj Bhavan officials have sought details about Prof. R.K. Somashekhar of Bangalore University.

The undue delay in appointing Vice-Chancellor is causing grave concern among the teaching and administrative fraternity. A Syndicate Member, speaking to Star of Mysore on condition of anonymity, said, “The Chief Minister must intervene and resolve the issue at the earliest. All important decisions are in limbo as the acting Vice-Chancellor cannot be entrusted with such huge responsibilities. However, it is sad that in spite of this situation, many decisions are being taken by the current dispensation that is inimical to the interest of the University.”