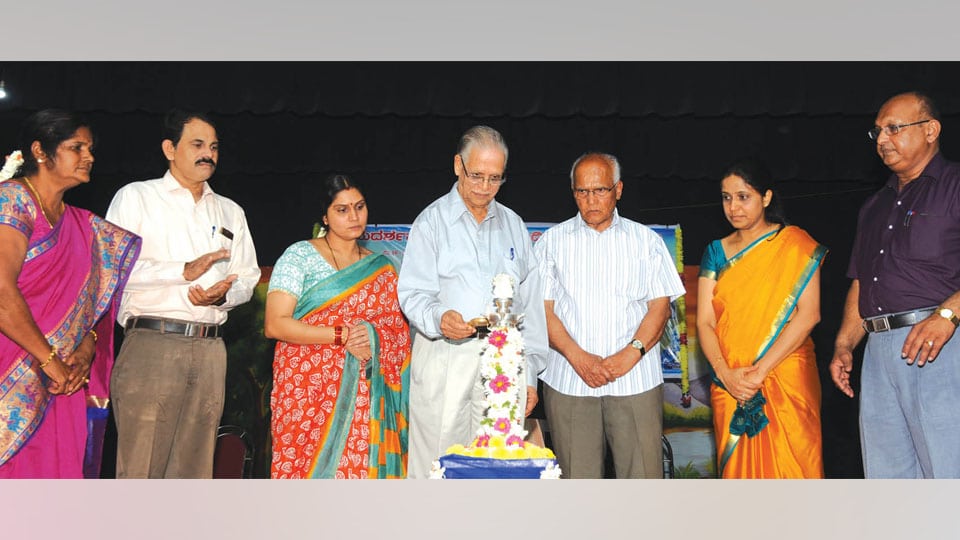 Inaugurating the programme Dr. Pradhan Gurudath, former Chairman, Kuvempu Bhasha Bharathi, Bengaluru contended that every novel of Bhyrappa was an innovative piece where the author digs deeper into any subject and comes out with good opinions to evoke interest among readers. Referring to the novel ‘Yana,’ he said that Dr. Bhyrappa’s explanation was matching that of any scientist. He lauded the author’s interest in travel to unearth interesting features. About 200 literary lovers attended the programme.

Columnist Sahana Vijayakumar spoke on ‘Seetheya Manomanthana,’ critic G.N. Bhatta on ‘Bhyrappa Chitritha Rama’ and Asha Raghu on Lakshmana,  Urmile and other characters’ in Bhyrappa’s novels. Journalist Dr. A. Girish Bhat spoke on relationship between man and nature with reference to ‘Uttarakhanda.’

An interaction was held later with the audience on the topics presented by the Speakers.