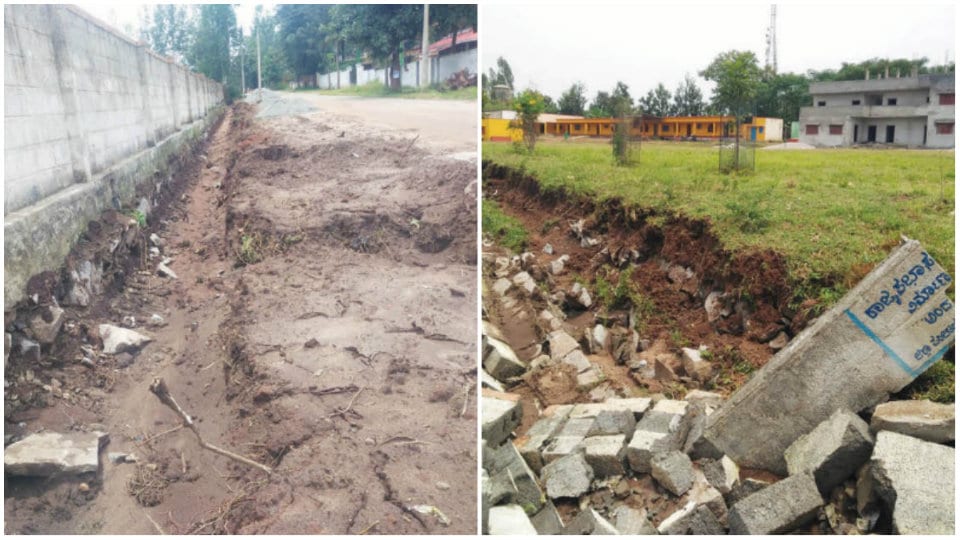 Periyapatna: In a bizarre incident, the compound wall of a Government School at Bylakuppe in the taluk collapsed when the soil loosened while constructing an underground drainage just adjacent to the compound.

As the PWD workers were digging the ground for construction of a roadside drainage along the compound wall, the foundation of the wall became weak. Heavy rains on Tuesday night further weakened the compound’s foundation, resulting in the collapse of the wall.

The School Head Mistress Bhagya, taking the PWD officials to task, asked them to rebuild the wall, to which the officials agreed.