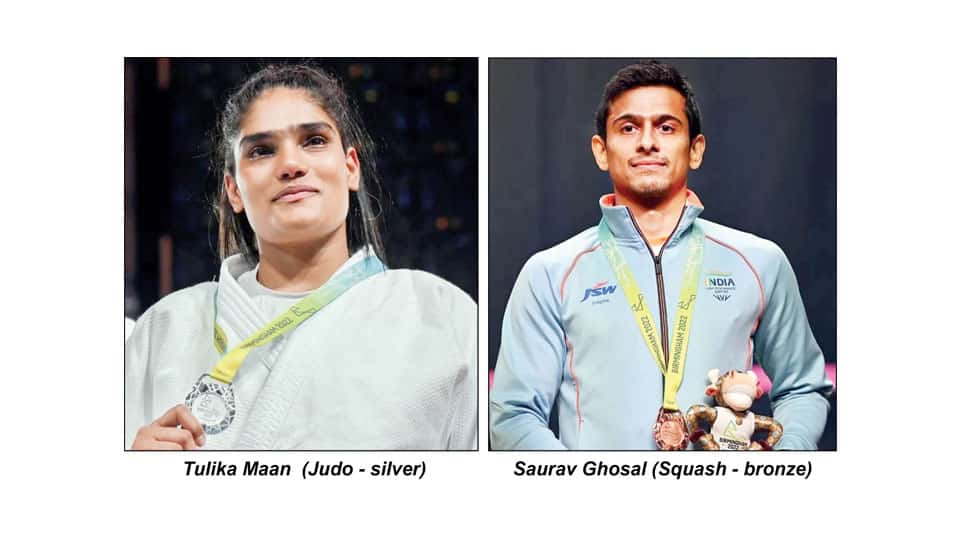 It has been a great day for India at the CWG 2022 yet again. Judoka Tulika Maan won a silver medal in judo after going down to Scotland’s Sarah Adlington in +78kg final.

In athletics, high-jumper Tejaswin Shankar took home bronze medal. This is the first high-jump medal by an Indian at the CWG. In weightlifting, Lovepreet Singh and Gurdeep Singh bagged a bronze medal each in men’s 109kg and 109+ kg categories respectively.

In round 2 of the lawn bowls, Indian women’s pair of Lovely Choubey and Nayanmoni Saikia won their match 23-6, while Mridul Borgohain registered a superb 21-5 win in his men’s singles match. In women’s weightlifting 87+ kg category, Purnima Pandey finished sixth with a combined best lift of 228kg.