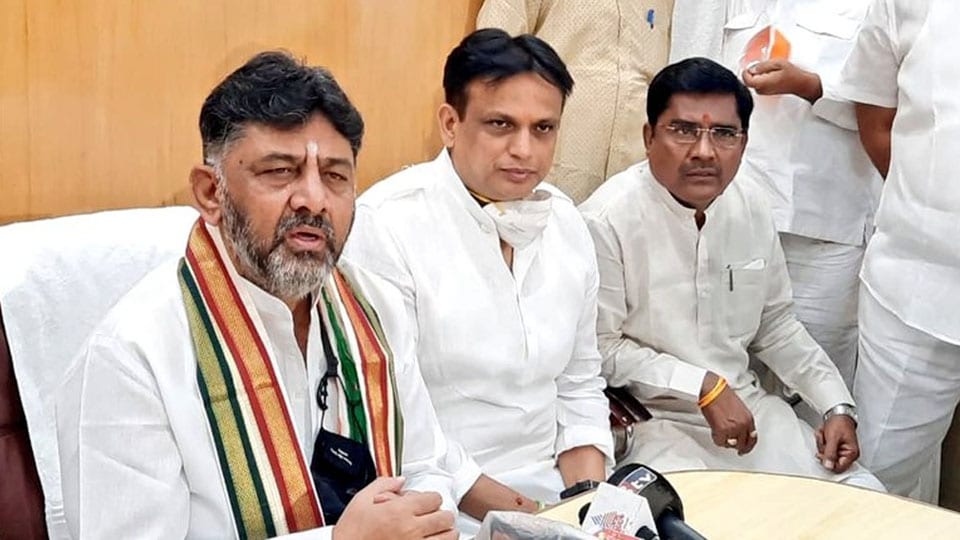 Bengaluru: In a bid to win a maximum number of seats in the forthcoming Gram Panchayat polls, KPCC President D.K. Shivakumar has appointed party poll in-charges for every Assembly segment.