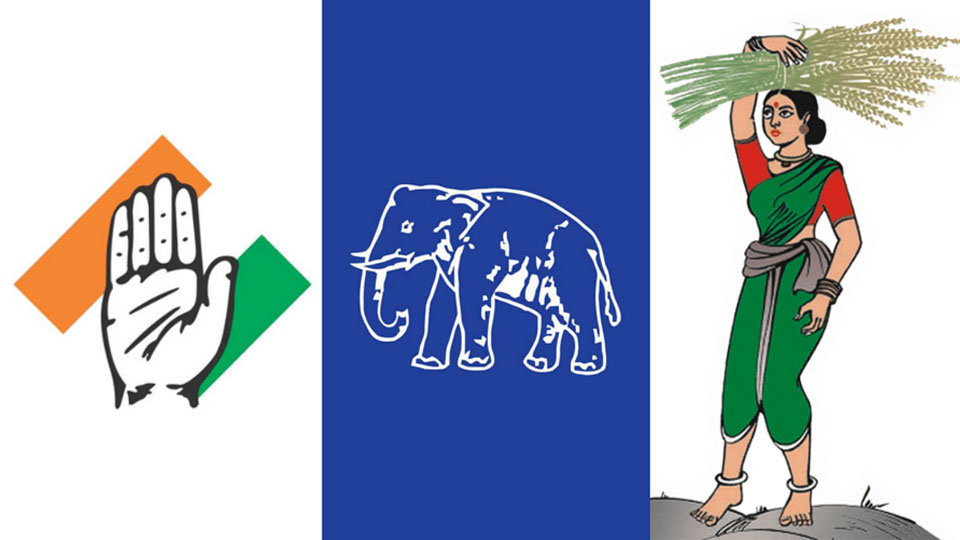 Bengaluru: With the coalition partners in the State Government — Congress and JD(S) — almost certain to contest  the 2019 Lok Sabha Polls jointly, the seat sharing between the two parties is said to have been finalised.

As per the agreement informally reached between the two parties, the Congress will contest 18 seats while the JD(S) 10, out of the 28 LS seats in the State, to take on the BJP.

While the JD(S) will contest most of the seats in old Mysuru region, considered to be a stronghold of the party, the Congress will contest majority of seats from North Karnataka and Central Karnataka, where the JD(S) has little influence.

Chief Minister H.D. Kumaraswamy, during his visit to Delhi recently, is said to have held talks with AICC President Rahul Gandhi in this regard.

A couple of days after HDK’s meeting with Rahul Gandhi, JD(S) supremo and former PM H.D. Deve Gowda had publicly said he would support Rahul Gandhi as the PM candidate of Opposition parties.

Meanwhile, if the JD(S) gets the 10 seats it has been assured of, the party will leave the Chamarajanagar (SC) seat to BSP, which had contested the Assembly polls in alliance with the JD(S).

With the JD(S) almost certain to get 10 seats, senior Congress leaders such as Veerappa Moily, Dhruvanarayan and Mudda Hanumegowda will have to leave their seats to the JD(S).