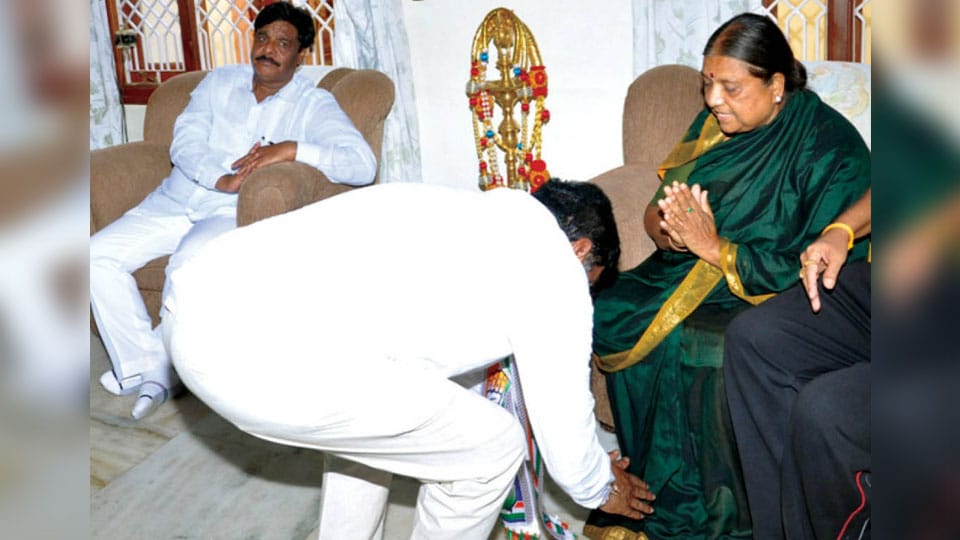 Congress party candidate Kalale Keshavamurthy was asked to exit the meeting, many are asking why?

The trio held talks with Rajamma at her residence and hailed Mahadev for his contributions in public life as Minister and for the development of Nanjangud constituency.

Minister Mahadevappa said that Mahadev had given a new look and put his soul into development of Srikanteshwara temple complex.

Appealing Rajamma to extend her support to the Congress candidate, Mahadevappa said her support and a Congress win would boost the morale of the CM to take up more development works. Kalale Keshavamurthy sought Rajamma’s blessings.

He said he will make the best use of the time and BJP cadres to campaign for the next 14 days and clarified he has no political vengeance with Mahadev’s family. “I am confident that Mahadev’s family will support me in the by-poll,” he added.