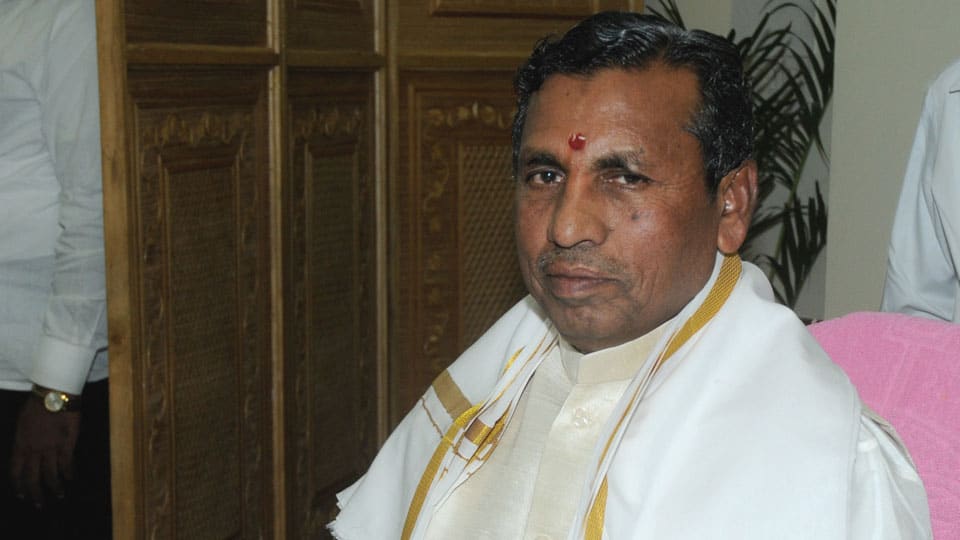 Mysuru: Claiming that Congress led Government will come to power at the Centre after the LS Polls, Kolar MP and former Union Minister K.H. Muniyappa has said that the ‘Mahagathabandhan’ of the Opposition parties posed a formidable challenge to PM Modi.

Addressing a press meet at Congress Bhavan near the city Railway Station here this morning, Muniyappa alleged that atrocities against women were on the rise and the farmers were a ignored lot under PM Modi.

Maintaining that the Congress would address agrarian distress, Muniyappa alleged that Modi was behaving like Hitler by sidelining  senior BJP leaders like L.K. Advani and M.M. Joshi.

Accusing the Narendra Modi led NDA Government of failure on all fronts, the former Union Minister said that the JD(S)-Congress coalition would win maximum number of LS seats in the State.

He further said that Modi was on the way out as the ‘Mahagathbandhan’ was gaining popularity in the run up to the Polls.