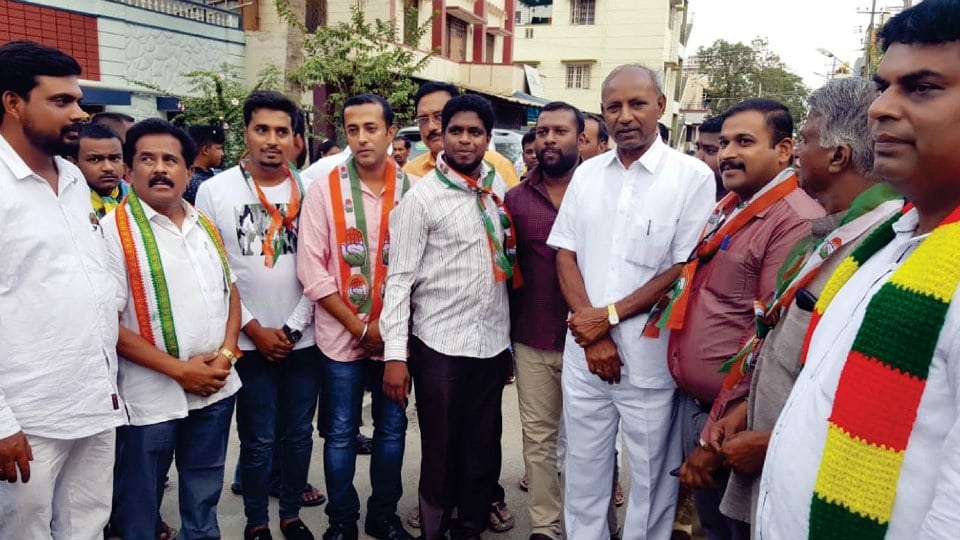 Maintaining that the LS Polls was crucial for the Country, he highlighted Congress headed UPA Government’s achievements in its 10 year rule at the Centre. Hitting out at PM Modi, Vijayashankar appealed the electorate to elect a Congress Government at the Centre.

Vijayashankar was accompanied by former KR MLA M.K. Somashekar and other Congress leaders.Several local leaders from the BJP including Jai Arjun, Pramod, Stephen Fernandes, Praveen, Mohammad Rais and others joined the Congress.

Pointing out that the JD(S) and Congress have entered into a coalition in order to oust communal BJP Government at the Centre, he said that the Congress would be holding a huge rally in city on Apr. 12 in which former PM H.D. Deve Gowda, CM Kumaraswamy, CLP leader Siddharamaiah will take part.