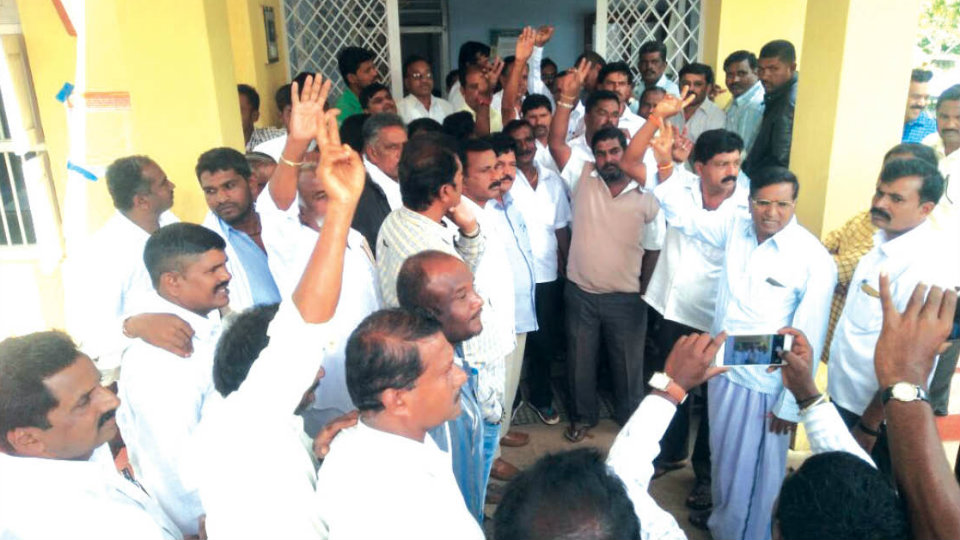 More than 100 Congress workers, led by KPCC Member Swamy, staged a protest in front of the PWD Assistant Executive Engineer’s (AEE) office in Periyapatna, urging the officials to take up the road works, which were stopped due to Assembly and MLC elections. The protesters alleged that the officials had stopped the works which were taken up before the Poll Code of Conduct for the Assembly Polls came into force and though both the elections were over, the officials have failed to take up the pending works which is causing a lot of inconvenience to the villagers. Meanwhile, AEE (In-charge) Boregowda told the protesters that the works were stopped due to MLC election and assured them of taking up the works from tomorrow.