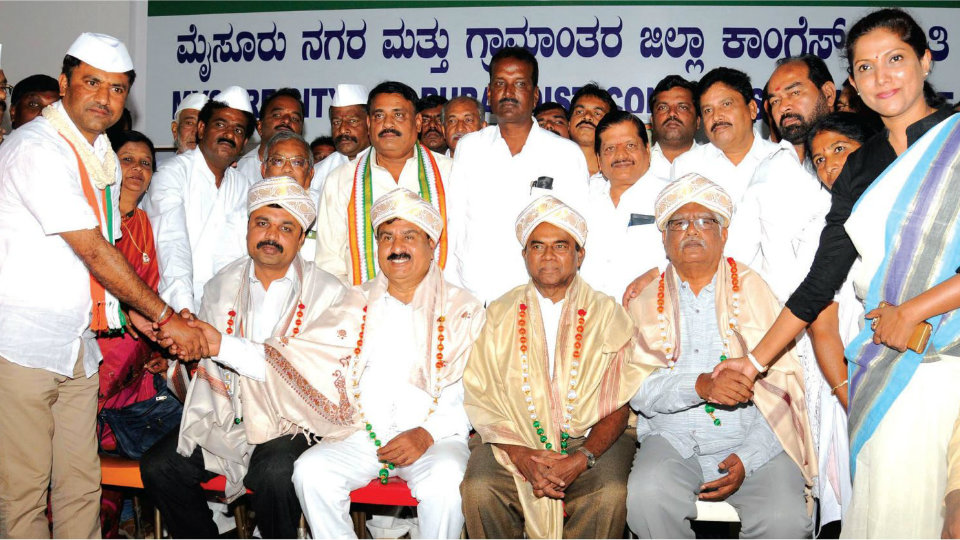 ‘Congress workers have responsibility of contributing to party’s growth’

Mysuru: Observing that Congress workers have the responsibility of contributing to the growth of the party, for which Mahatma Gandhi and other great leaders have made sacrifices, former ZP President Dr. Pushpa Amaranth has underlined the need for unity among the Congress workers for retaining power in the State.

She was speaking at the 133rd Congress Foundation Day and 95th Dal Divas organised at Congress Bhavan near City Railway Station here recently.

Highlighting the sacrifices made by former Prime Minister Jawaharlal Nehru, Indira Gandhi and Rajiv Gandhi, she said that now Rahul Gandhi has become the AICC President and his elevation to the top most post, have made us to work with more responsibility.

District Congress President Dr. B.J. Vijay Kumar, in his address, lashed out at those Union Ministers who are speaking against the Constitution. Pointing out that our Constitution is one of the greatest in the world, he observed that the people should elect only those parties which honour the Constitution and democratic values and also respond to the problems of the people.

Former Mayor B.K. Prakash too spoke on the occasion.