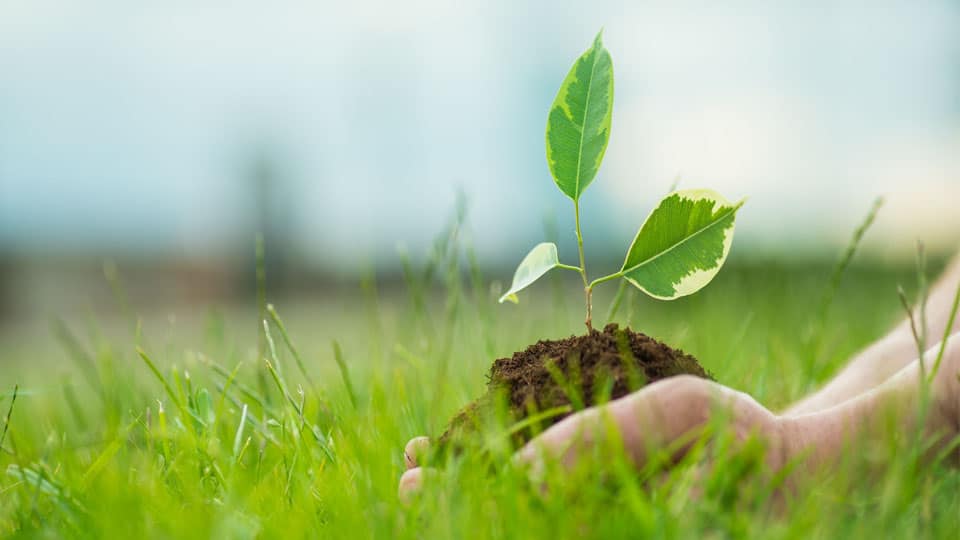 Debates on climate change and global warming that only the cognoscenti were busy with have not only interested lay people but also become louder and wider in public domain. Keen observers of the twin phenomena have sounded the world at large about warming and its consequences, particularly changed pattern of monsoon and soil productivity leading to reduction in raising food crops and availability in drinking water. Adding to the challenges in life that future generations cannot escape, the experts have been talking of carbon footprint, defined as the total emissions by individuals and organisations expressed as carbon dioxide or green house gas equivalent, a subject that may not be within the grasp of most people, despite the knowledge about oxygen needed to support and sustain life of all life forms.

The part of green cover across land on the Planet Earth and open space in urban regions to keep the quality of air conforming to accepted norms don’t seem to have been taken note of by the functionaries in the Government cock-eyed on widening roads and raising multi-storeyed structures resulting in concrete jungles. While administrations are fighting a losing battle in balancing the needs of the growing population with enduring the various life-supporting resources, people in their individual ways of life can extend a helping hand by adhering to moderation in their consumption for both pleasure and survival.

The oft-quoted advisory of living with nature, namely avoiding all actions that hurt the balance between human populations on one side and all other life forms including flora and fauna on the other side deserves to be drilled into the minds of everybody, particularly stressing the imperative of using non-renewable resource such as fossil fuel taking care not to exhaust its stock in earth’s crest.

After years and years of indulging in various unedifying acts, including denudation of forests and excessive use of chemical fertilisers as well as toxic pesticides on lands needed for agriculture, wisdom seems to have dawned on administrations mulling policies to reverse the damage already done. But, regrettably, the policies are not being translated into action, given the unabated vandalising of lakes and fertile lands for short-term gains of those in power. Many climate models have predicted that India will be one of the hardest hit countries due to global warming, a taste of which the region of North India are getting this summer with day temperature exceeding 50 degrees Celsius resulting in deaths of hundreds of people.

Reports of both Government agencies and Voluntary outfits taking to creation of greenery by planting saplings on a large scale in many regions of the country, including Mysuru, raise hopes of enduring life by conserving. However, humanity’s insatiable appetite for energy intensive goods of comfort seems to be the biggest hurdle in the path of enduring resources without exhausting.