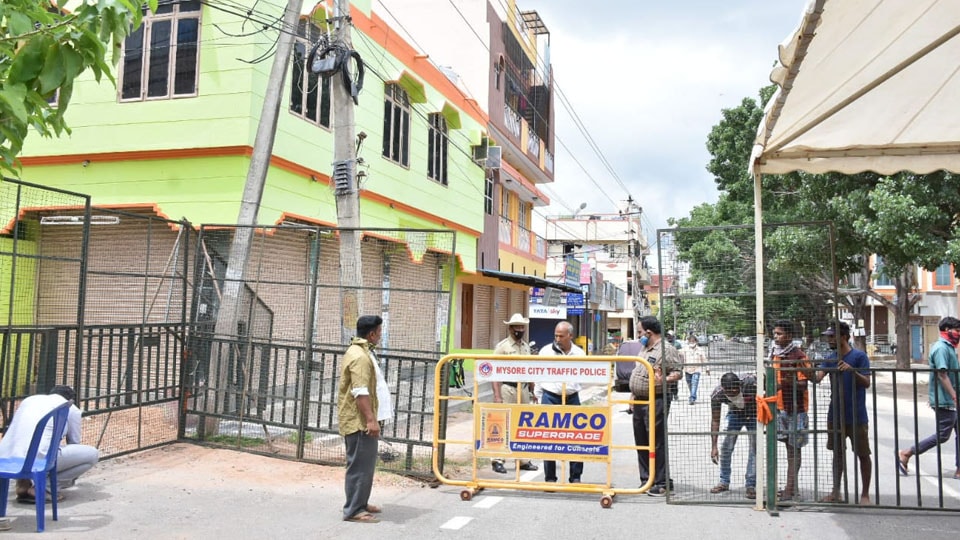 Mysore/Mysuru: A couple, who had returned from Tamil Nadu and was under quarantine at their residence in Ittigegud, tested positive for COVID-19 and this has created a sense of fear among the residents of the area as the infected man had visited a hotel in the locality. The hotel ‘Café Mysuru,’ located in Ittigegud, has been temporarily closed and sanitised by the Mysuru City Corporation (MCC) staff.

The officials and the Police found that the COVID-19 infected person had visited the hotel on June 7 at about 7 pm following which the officials closed the hotel in the early hours of Saturday and got the hotel sanitised. Samples of four hotel employees including the manager and the supplier have been collected and sent to the lab for testing and all the four have been put under quarantine. Further course of action would be taken after receiving the lab reports.

The District Administration, which has taken this seriously, has sealed the road on which the house of the COVID-19 affected couple is located and has asked the residents of the road to be under Home Quarantine.

A 35-year-old man, who had returned from Maharashtra and was under quarantine, has tested positive for COVOID-19 on Saturday, thus increasing the number of active cases to 116.

The man (P-6633), who returned from Maharashtra was quarantined at a centre and as the lab report confirmed him to be COVID-19 positive on Saturday, he has been shifted from the quarantine centre to the COVID Hospital in city and the room in which he was quarantines has been sanitised.