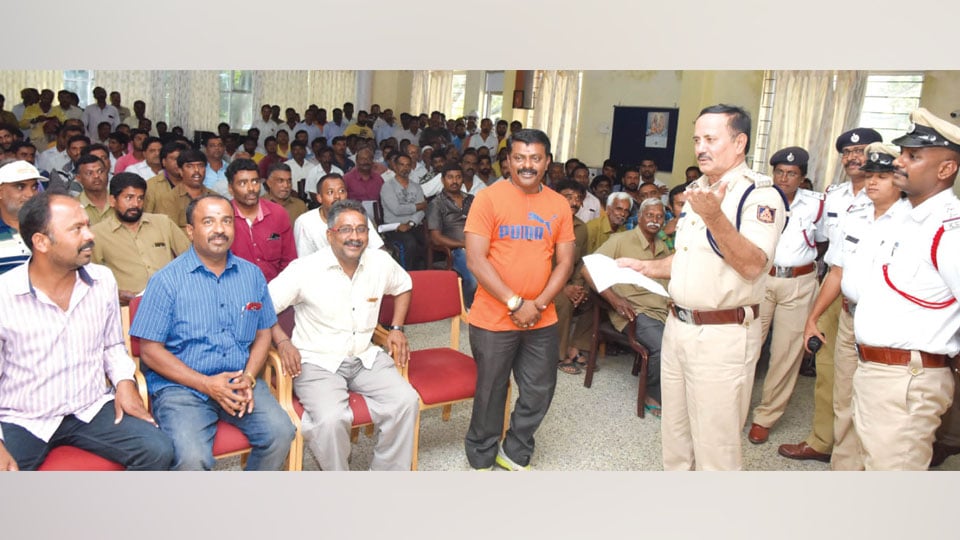 Mysuru: Traffic ACP G.N. Mohan has strictly warned owners and drivers of vehicles ferrying school children that they would not be allowed to carry more than the seating capacity of vehicles, violating Supreme Court guidelines.

The vehicle owners and drivers at a meeting held on Friday at VV Puram Traffic Police Station auditorium requested the Police to allow them to carry eight children in autos and 12 to 15 students in the Maruti vans as otherwise it would be difficult for them to eke out a living from the fares they collect from the students.

Replying to the drivers after receiving a memorandum, ACP Mohan said the Police understood their problems. However, there is no provision under the law to carry more children. The Government is warning the Police repeatedly that the Supreme Court guidelines are not being followed. Hence, it is better for the drivers to follow the fixed seating capacity, he advised.